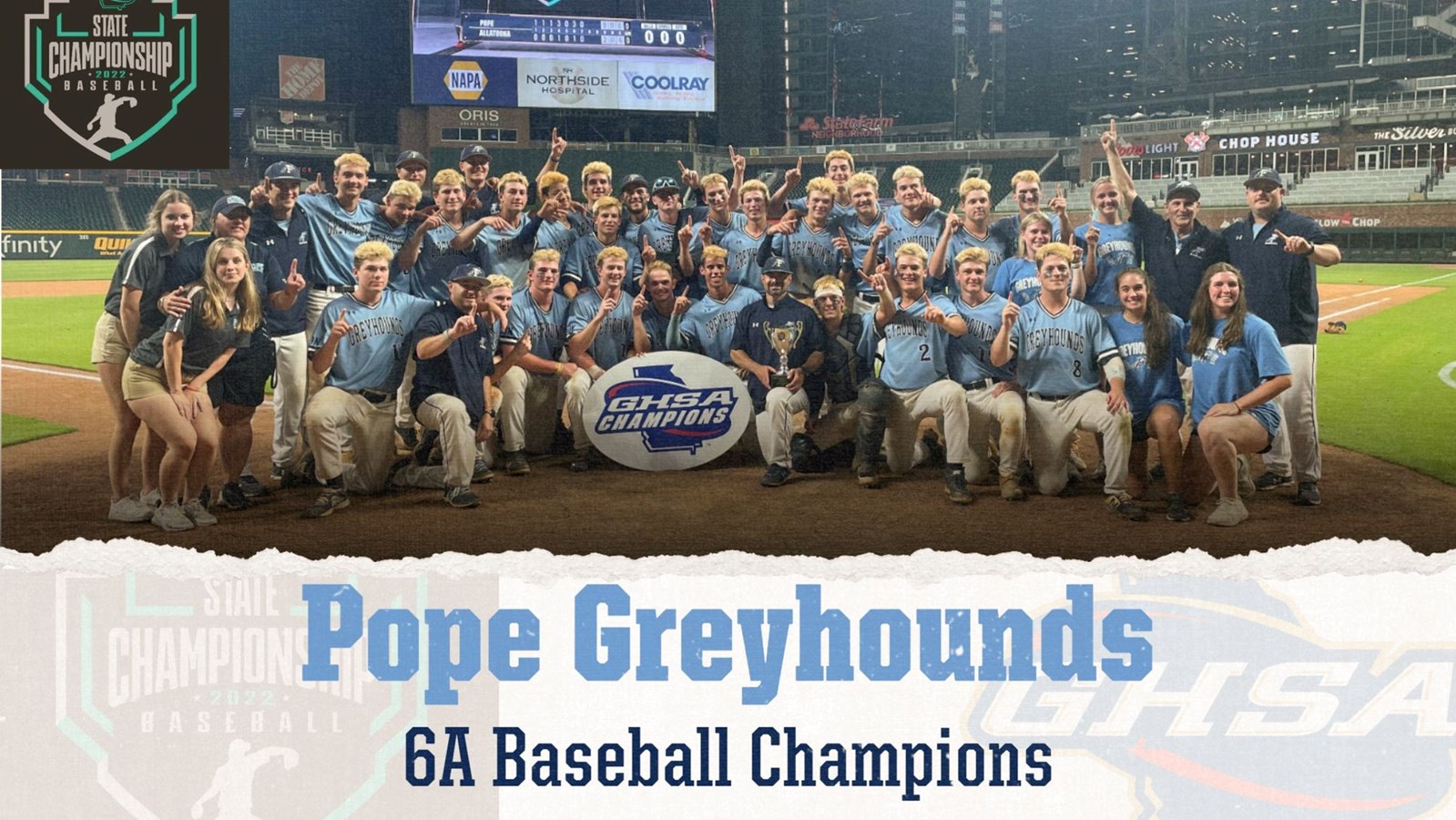 The Pope Greyhound scoring machine was in full operation last night as the team handed the Allatoona Buccaneers two back-to-back losses on their way to winning the GHSA 6A State Championship. The Cobb vs. Cobb title game was much anticipated as both were ranked among the top 10 teams in the state, regardless of classification.

Both clubs have potent offenses and outscored opponents by a huge margin throughout the playoffs. Pope batted in 86 runs and allowed only 22 in the four rounds leading up to the Finals, while the Bucs scored 55 and allowed 12. The teams had met twice in the regular season, splitting the games with a win apiece. It was most fitting that these two well-coached and disciplined Cobb teams should meet in Cobb County's largest baseball venue—the Atlanta Braves' Truist Park—for the 6A Championship. 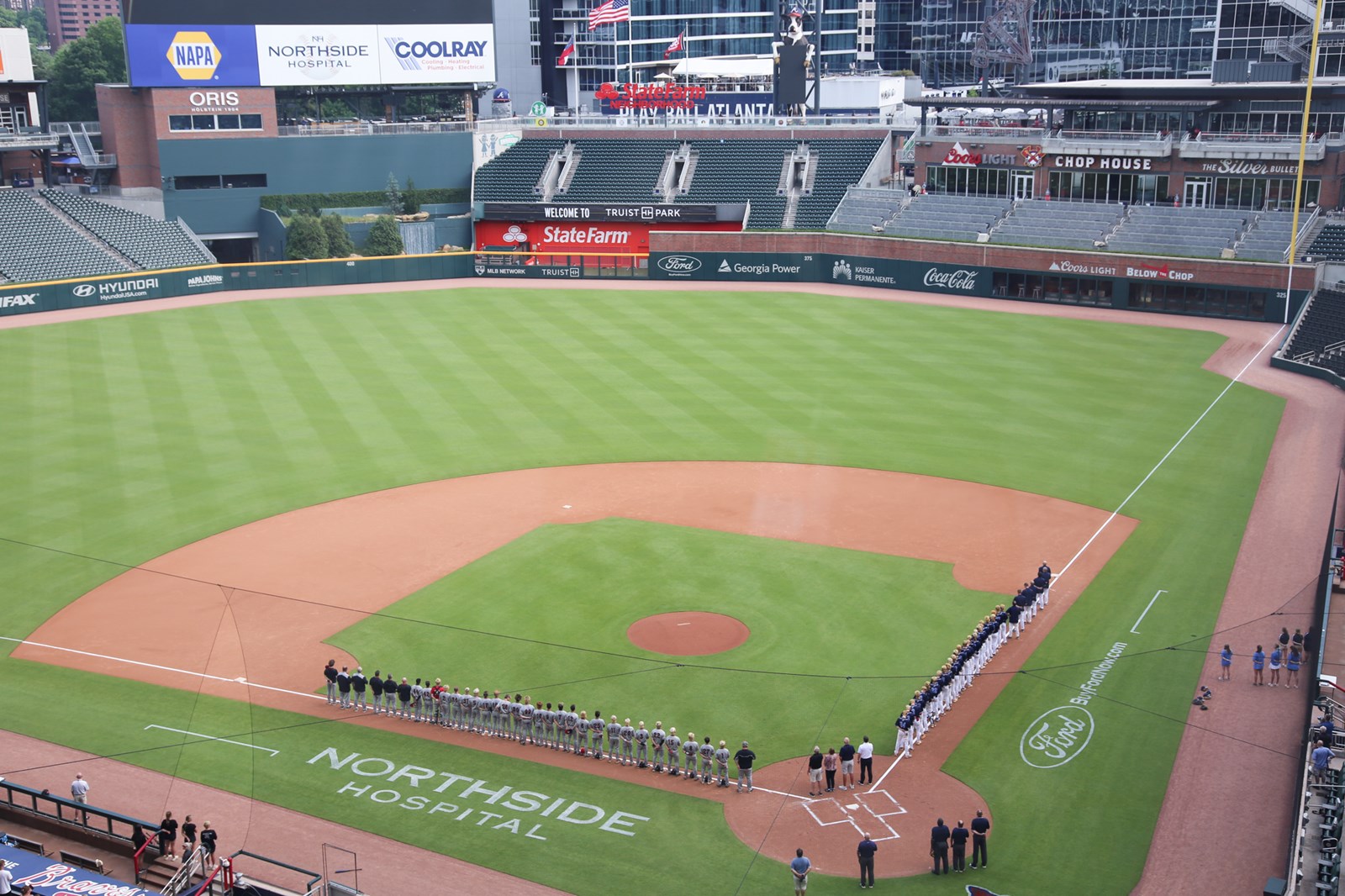 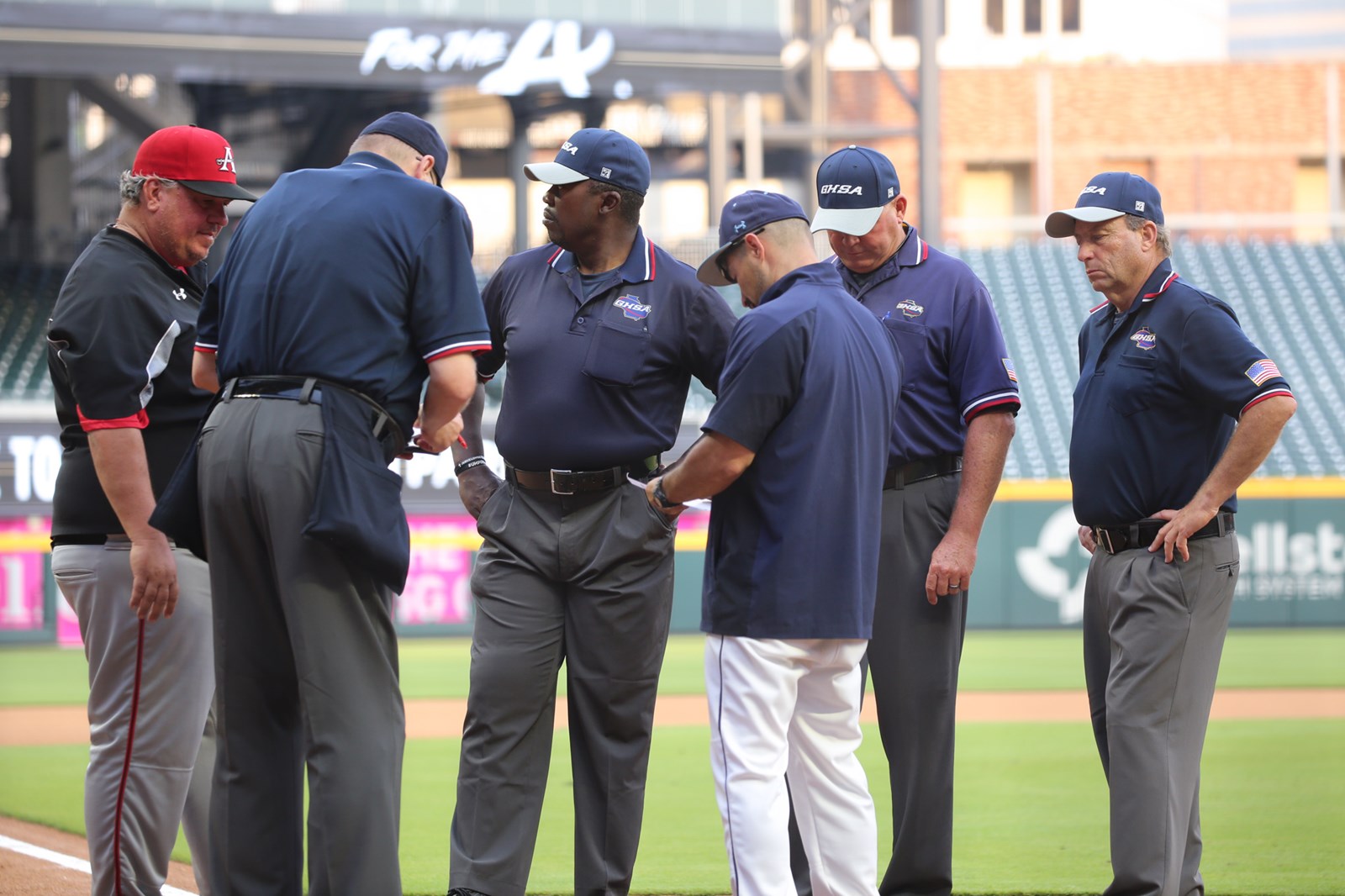 High school baseball plays a three-game series in the postseason: a double-header the first day and a tie-breaking third game on the following day if necessary. The Greyhounds never needed the third game in any of their contests; they swept all four opponents in two games. The Bucs only needed the tie-breaker once, against South Effingham in the second round. On paper, it looked like an even matchup all around.

However, baseball isn't played on paper; it's played on the dirt diamond and statistics and predictions never tell the complete story. The even matchup lasted nearly three full innings, when Pope's Dawson Campbell stepped into the batter box. 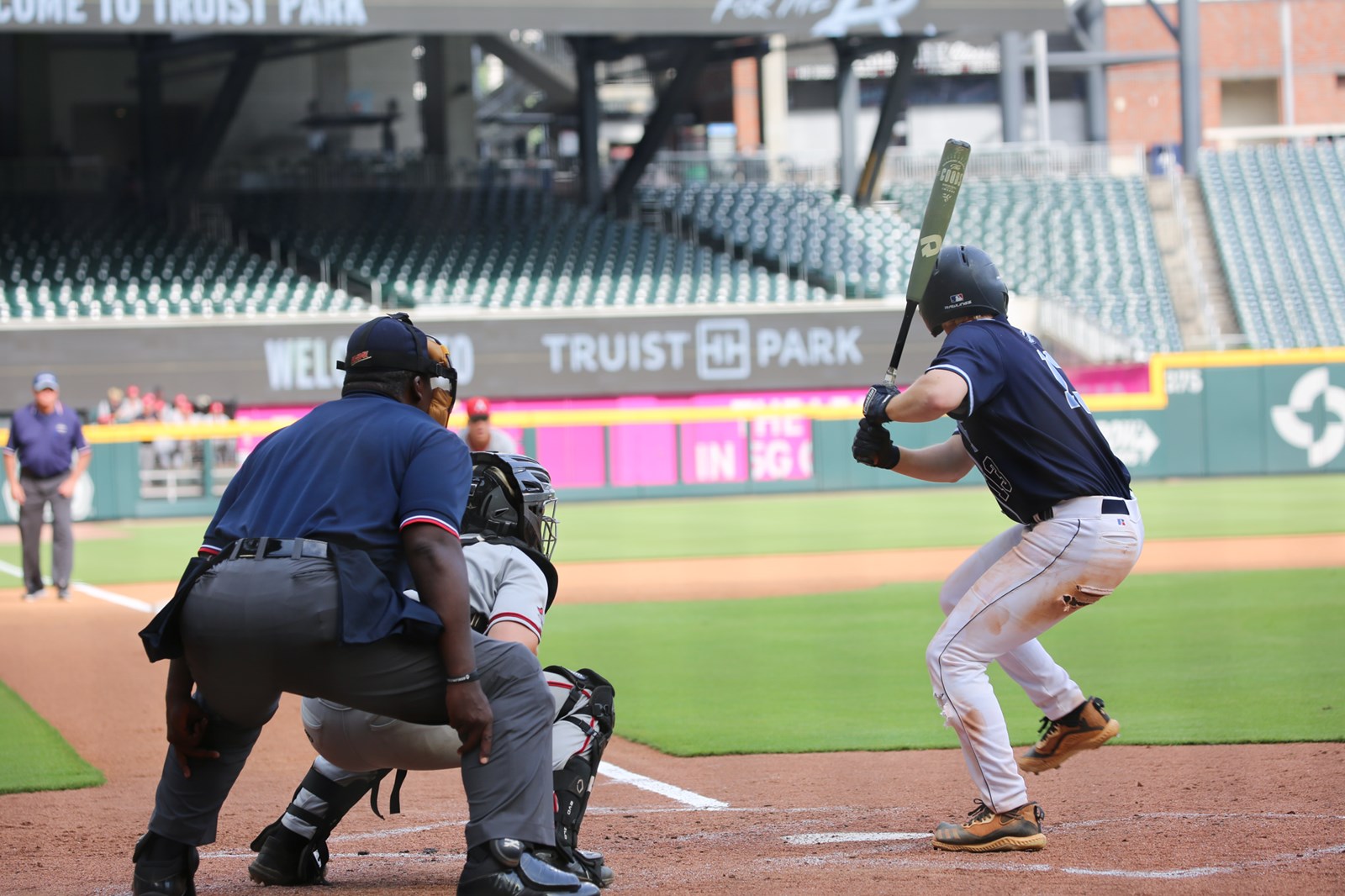 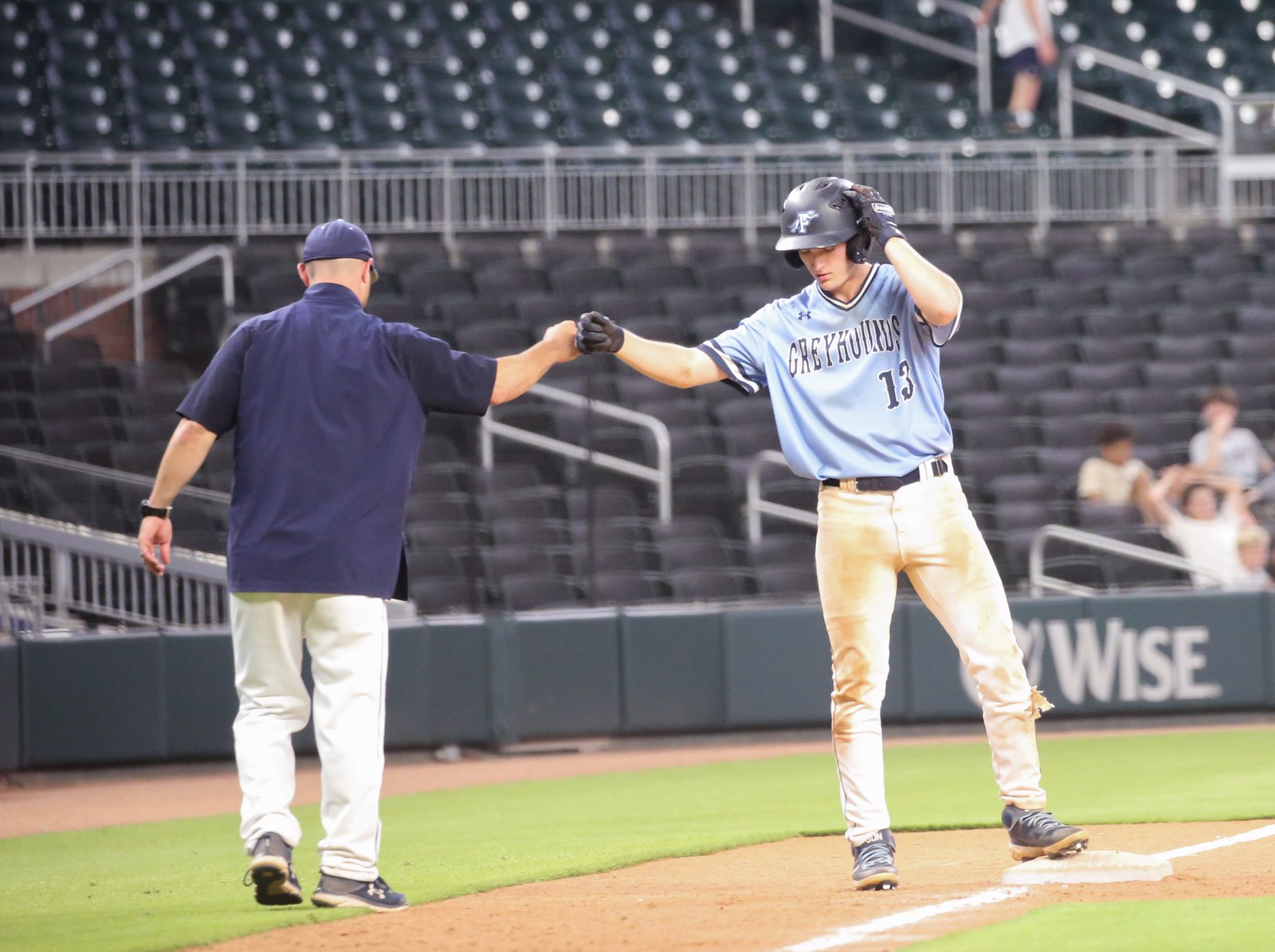 Campbell ripped an RBI single to get the Greyhounds on the board first, but his hit ignited a spark in the Pope offense that would continue through another seven batters. Allatoona struggled to get the third out as the Greyhound bats burned through three Buc pitchers to end the inning with a 5-0 lead.

The next inning was similar, beginning with an RBI double from Pope's Carson Kerse. Kent Schmidt drove in two more runs with an in-the-park homer and the Greyhounds closed the fourth inning with a commanding 8-0 lead. Two more 3 and outs for the Buc offense and the game was called in the bottom of the sixth after an RBI by DH Jack Myers invoked the shutout rule at 10-0.

The second game was much the same. The Greyhounds jumped out to a 6-0 lead after three and a half innings. The Bucs finally got a run in the bottom of the fourth, but couldn't match the Greyhound productivity at the plate.

Allatoona scored another run in the bottom of the sixth, but it was too little, too late. A scoreless final inning for both teams gave Pope the win, 9-2. It was the first in four years and the first for first-year head coach Chris Turco. This is the fifth state title for the storied Greyhound program since 2009. 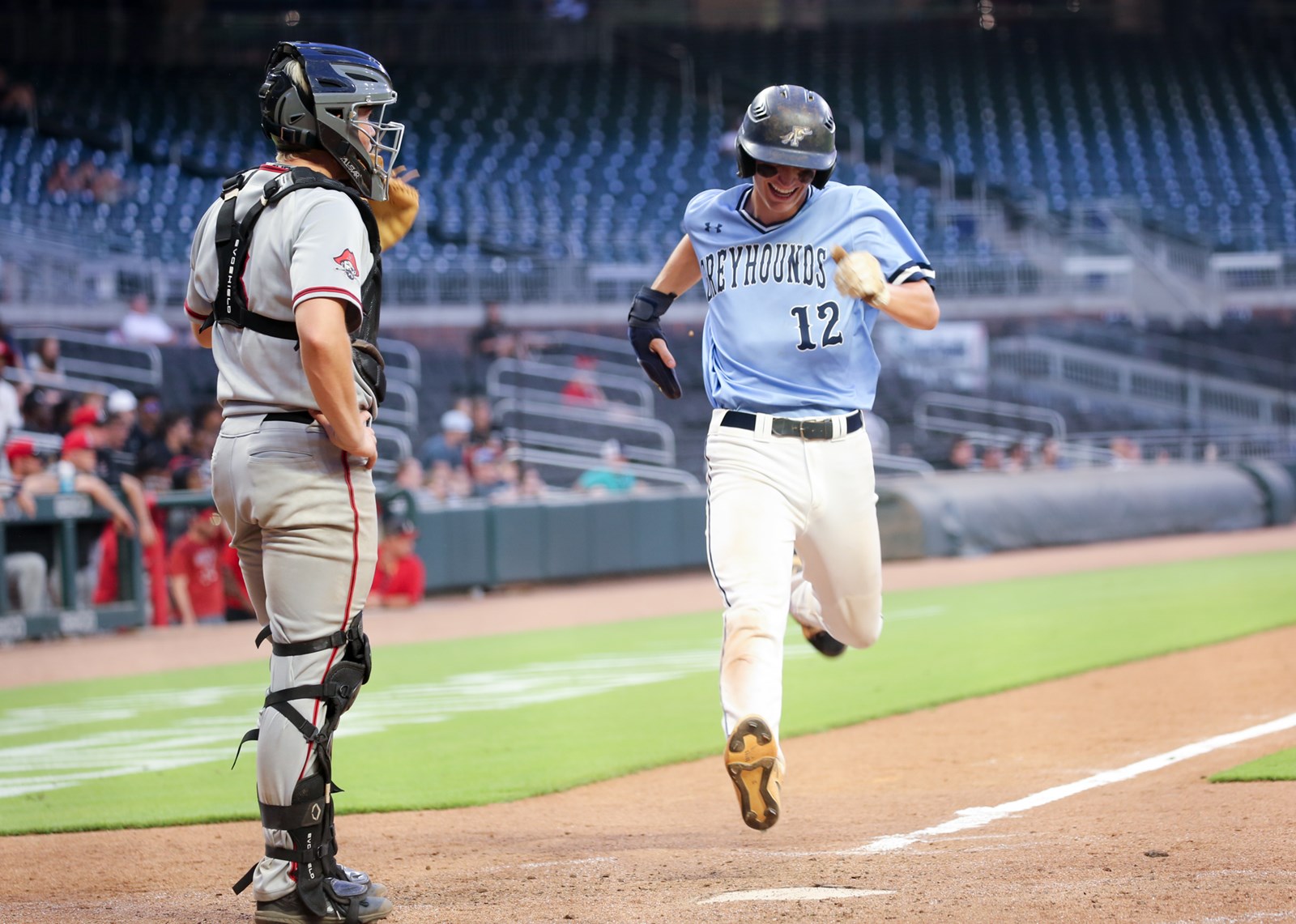 "This means so much to me, but it was a team win," Coach Turco said. "We are blessed to have an amazingly supportive parent group who provides any and all material support we need. Our support group is one of the things that sets our program apart from others."

"Obviously, you want to win it all, but it was not our night," said Allatoona head coach Keith Hansen. "Pope played better than we did, hats off to them.

"To say I am proud of our team would be an understatement," Coach Hansen continued. "They played hard all year and one series does not define their season. Our region has provided three of the four teams in the Final Four for the past two years. I am proud and honored to represent such an outstanding region. No matter what, I am proud to be a Buccaneer." 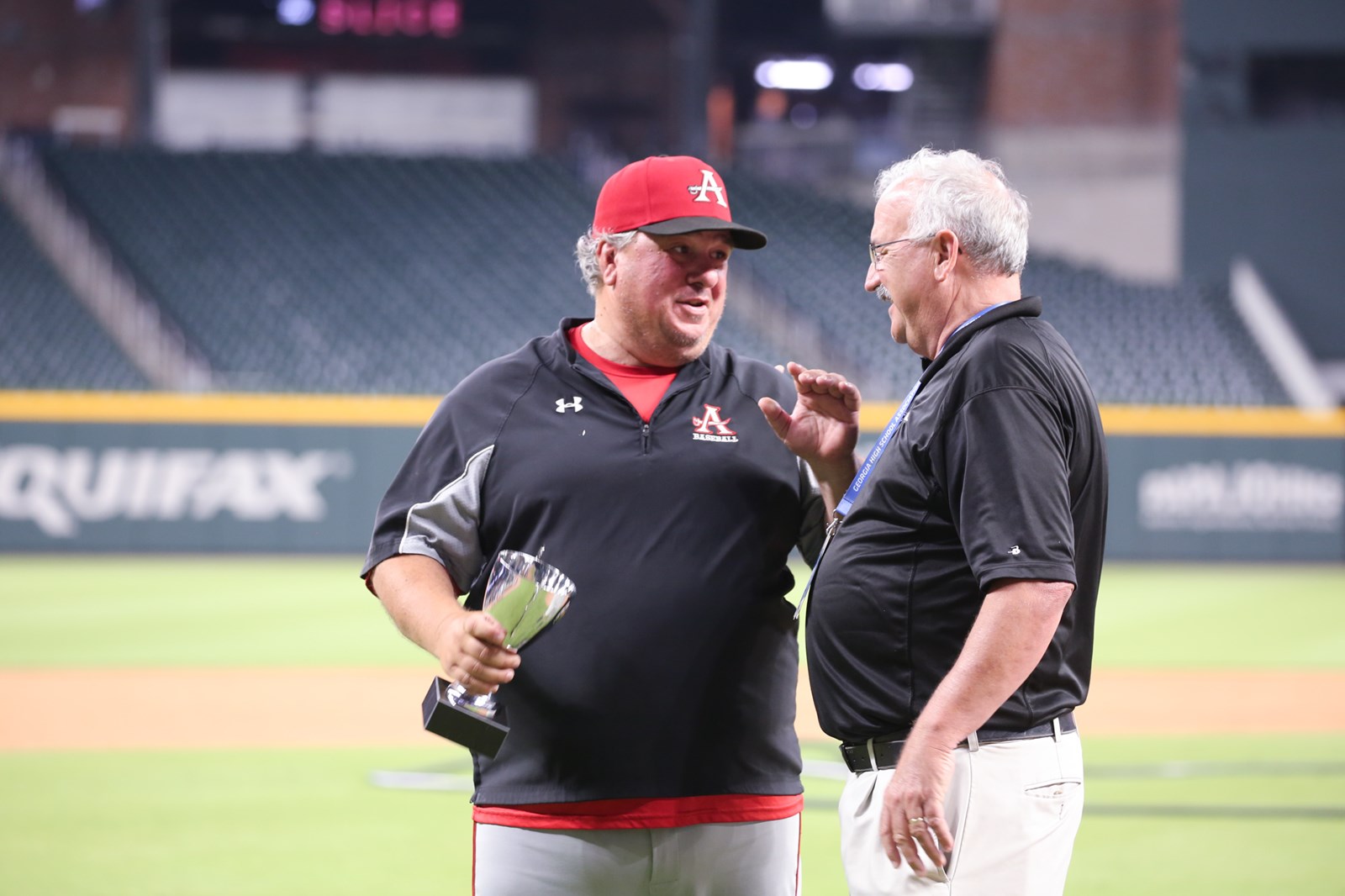 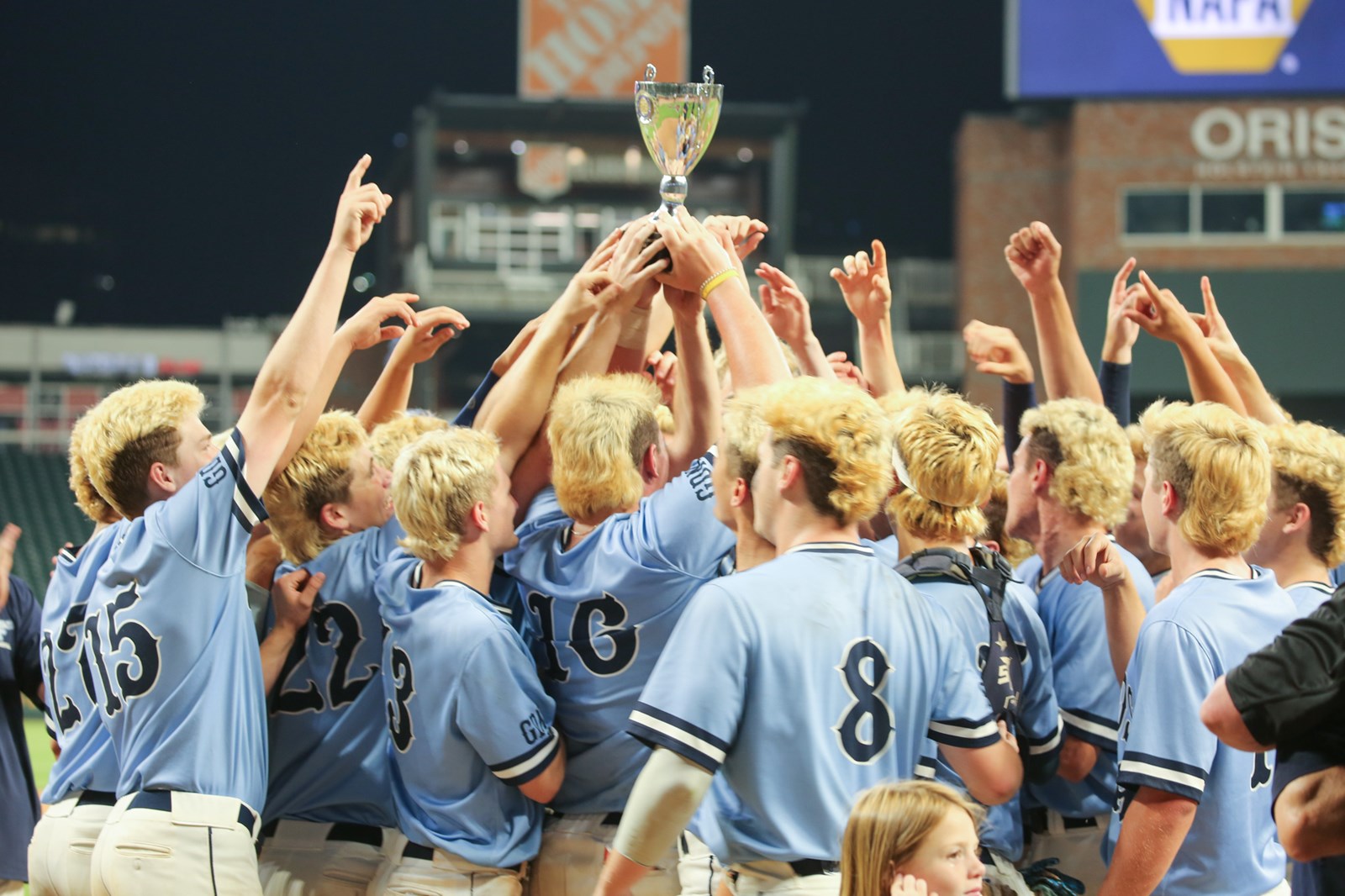 Congratulations to the Pope Greyhounds for a state championship and to all of Cobb for great baseball this season. We can't wait to see what next year holds...