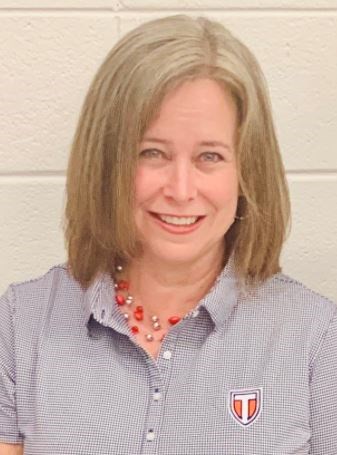 Mrs. Carstens was born and raised in Orlando, Florida and remembers back to the time when Universal Studios was just a giant cow pasture on the way to Disney.  She had interesting summer jobs at both Sea World and Epcot before heading off to Florida State University.  In Tallahassee, she became a life-long Seminoles sports fan, met her husband, and performed with the Florida State Flying High Circus.  Her favorite acts were double trapeze, hand-balancing, sky pole, and flying trapeze.

After graduation, she taught English in a high school in rural Japan as part of the Japan Exchange and Teaching Program.  Not only did she climb Mount Fuji twice, but she discovered her love for teaching and connecting with students and families.  Upon returning to Orlando, she completed a second Bachelor's degree at the University of Central Florida in Elementary Education.  She has also completed School Leadership degrees at the Master’s level at Kennesaw State University and the Specialist’s level at Berry College.

Professionally, Mrs. Carstens won the Disney Teacherrific Award for Elementary Programs twice and has been recognized as a Teacher of the Year in Orange County, Florida. Hearing of the strength of Cobb County Schools, her family moved from Orlando to East Cobb in 2005. She began as a teacher at Shallowford Falls Elementary and also served as an Assistant Principal at both Sope Creek and Powers Ferry. She has given presentations at the national level while teaching in Japan and was a frequent speaker at educational trainings in both Florida and Georgia. She is passionate about creating an instructional program that provides students with every opportunity for their future success. This not only involves rigorous application of learning standards, but also opportunities to engage in problem-based learning inside STEAM curriculum.

Away from school, you will usually find her enjoying the outside in some way.  She loves to kayak, mountain bike, and hike in the North Georgia Mountains. She also loves to travel and spend time immersed in different cultures.  She has taken an elephant safari in Nepal, survived a terrifying taxi ride in Bangkok, sipped Viennese coffee inside the Gloriette at Schonbrunn Palace, and even went skiing above the Arctic Circle in Finland.  She is so proud that both her children (Taylor - Accounting & Erik - Civil Engineering) graduated college this past year, and they are now both working within their field of study.  She met her husband, Scott, while they both performed in the Florida State University's Flying High Circus and will celebrate their 30th wedding anniversary in January. 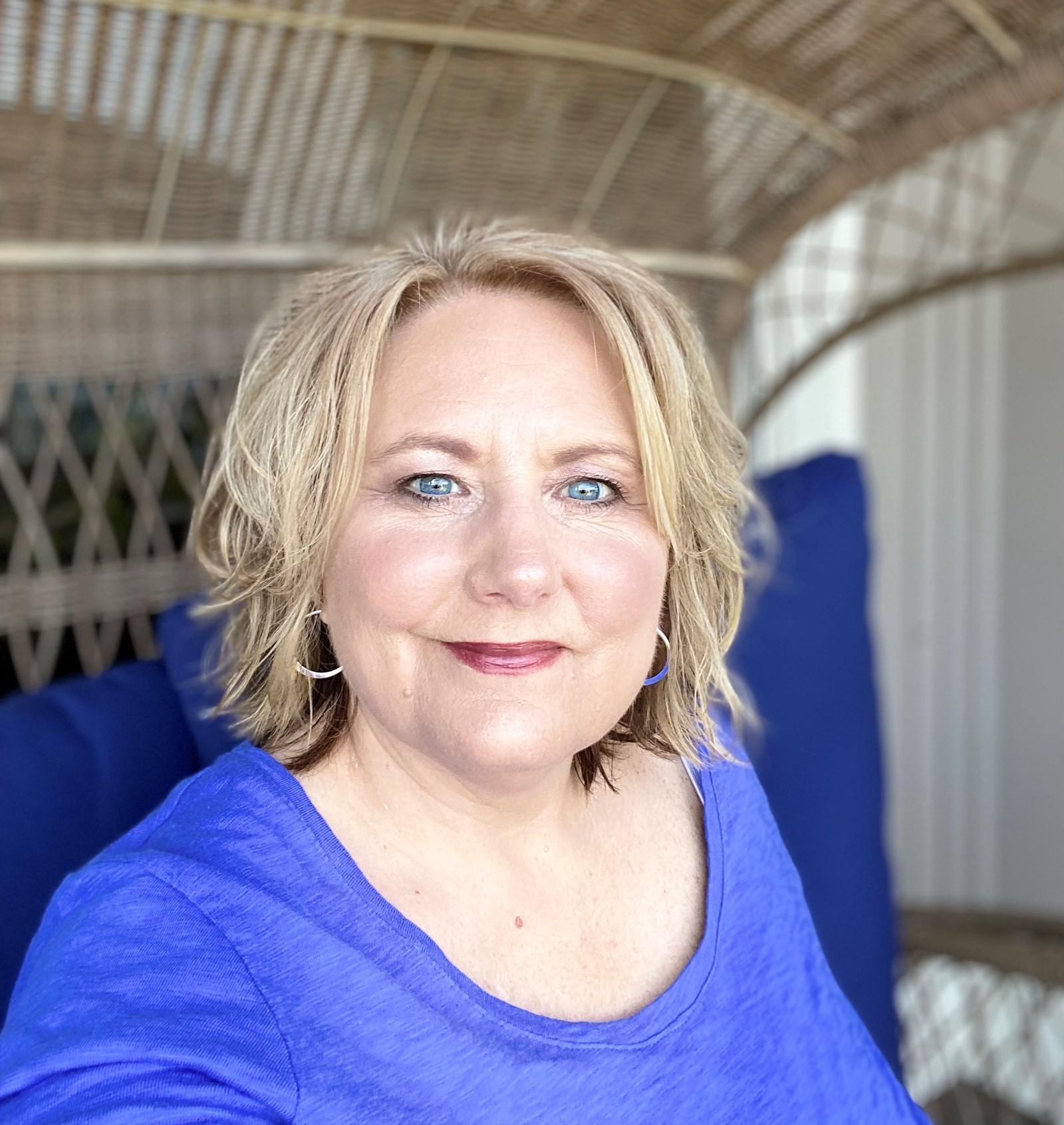 Mrs. Bucy was born in Atlanta and her family moved to Cobb County when she was in second grade where she attended Compton Elementary and had her first thoughts of becoming a teacher someday. She graduated from McEachern High School and then attended Kennesaw State University where she decided to take the path of preparation for pharmacy school.  As she approached graduation, she realized her heart was still set on her initial desire of becoming a teacher, so that is what she did. She went on to graduate from Kennesaw State University with a degree in Early Childhood Education and has been very thankful for that decision. Mrs. Bucy has been an educator in the Cobb County School District for 25 years. During her years as a classroom teacher, she has served the students and the communities of several elementary schools in the district while teaching both primary and intermediate grades. She was particularly fond of her years teaching kindergarten where she once taught our Mrs. Park’s son, Oliver. In 2005, Mrs. Bucy earned her Master’s in Education Administration from Jacksonville State University. In 2009, she earned her Specialist in Education Administration and Leadership from Lincoln Memorial University. This led her to the path of serving as an administrator at Rocky Mount Elementary in 2014. From there she served as the Assistant Principal at Garrison Mill Elementary for four years.  Now she is very excited to be part of the Tritt community!! Mrs. Bucy’s passion is supporting teachers, students, and parents while creating a positive and encouraging school culture where all students can enjoy learning and be successful. She is excited to be part of the success Tritt students and families have experienced for years.

When she is not working, Mrs. Bucy enjoys spending time with her family.  She and her husband have five children and a granddaughter who is six years old. She and her husband recently moved to Cartersville where three of their children live as well as their granddaughter. They often get together as a family for days on the lake, trips to the beach or just grilling out at home. Mrs. Bucy and her husband love to travel and look forward to doing more of that this year. They enjoy seeing new places, experiencing new things, and learning about history. One of Mrs. Bucy’s favorite things to do is sit on the beach and read a good book.

Mrs. Yates' career in education began over 20 years ago when she was a 3rd grade teacher and served as Dean of Instruction of an elementary school in Texas. In 2005, her family relocated to Georgia, and she taught 7th grade at Hightower Trail Middle School. After 2 years she was promoted to Assistant Principal at King Springs Elementary, followed by serving as Assistant Principal of Big Shanty Intermediate for the last 7 years. She received her Bachelor’s degree in Education from East Texas State University and a Master’s degree in Education with a Leadership Certification from Texas A&M – Commerce.

She has been married to her college sweetheart, Cory, is blessed to have two wonderful children. Her true passion is doing the right thing for children daily and asking herself, “Did I make a difference in a child’s life today?” She has an open door policy and welcomes you at any time. 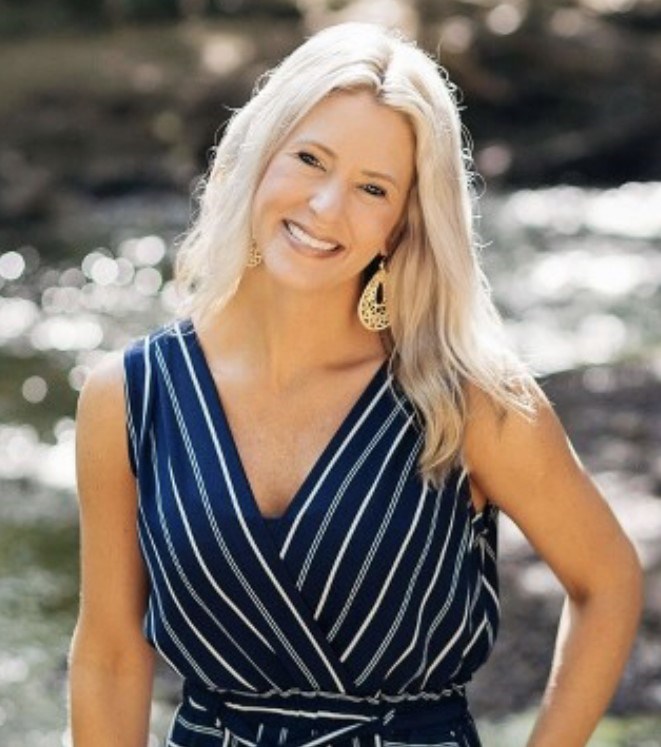 Mrs. Trammell's career interest in the field of education begin at an early age due to her parents being educators and role-models for her.  Her parents taught internationally in Saudi Arabia during the early years of her life.  After spending several years international, her family decided to move to the states so that Mrs. Trammell and her sister could attend U.S. public schools.  She grew up in Gwinnett County Georgia and graduated from Parkview High School.  Her passion for the field of special education sparked when she participated in an elective class in high school called “theory in PE”.  General education students assisted special education students in adaptive PE skills in this inclusive class.  She gained insight and a love for working with individuals with disabilities through this experience.

Mrs. Trammell took her passion of working with the disabled on to pursue a degree in Special Education from Brenau University Women’s college.  After college, she taught students with Moderate Intellectual Disabilities for 8 years in both Douglas and Cobb County.  She went on to pursue her Master’s and Specialist degrees in the field of Special Education, and has been working in the field of special education for 15 years.  Her career includes teaching students with moderate intellectual disabilities, serving as a community-based skills instructor for students with disabilities, teaching at the high school level in a transition academy, working as a transition resource specialist, and being promoted to the role of a Support and Service Administrator.

Mrs. Trammell lives in Cobb County and has a daughter who also attends Cobb County Schools.  Mrs. Trammell and her daughter enjoy traveling and volunteering.  They have been to places such as Haiti and India working with children and the underprivileged.  When she is not traveling or spending time with family she enjoys running and exercising.   She has completed 3 marathons and has also participated in several triathlons.

Mrs. Trammell has been serving in the role of a Support and Service Administrator for Cobb County for 4 years.   This is her third year working at Tritt Elementary.  She is very excited to be a part of the Tritt community and looks forward to helping students with disabilities and their families.