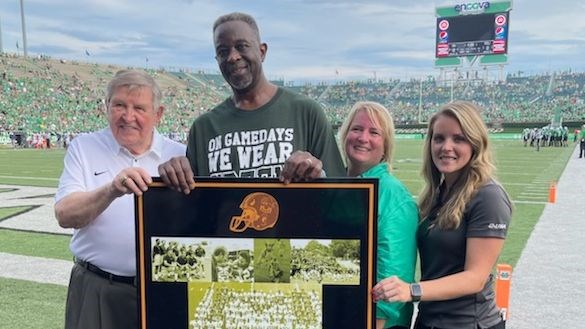 In November 2019, Dodgen Middle School students in seventh grade English Language Arts classes began a case study on perseverance. They studied what happened to Marshall University and the city of Huntington, West Virginia, following the plane crash that killed the 1970 Marshall football team.

The students read and analyzed several articles from the Huntington Herald-Dispatch, watched the November 14th annual Marshall fountain memorial service live, as well as segments of the movie "We Are Marshall." They also listened and took notes from guest speaker and Cobb County resident Lester Hicks, a member of the team known as the Young thundering Heard that rebuilt the Marshall football program following the tragedy.

The Dodgen students questioned whether the university had ever considered creating some sort of memorial to the Young Thundering Herd and Jack Lengyel, Marshall’s new coach after the plane crash. Students discussed and pondered what would Marshall football, the city of Huntington, and the university be like today had Jack Lengyel or those players not committed to rebuilding the program.

The summative assessment of the Dodgen ELA class was an argumentative essay on the need for an additional memorial at Marshall.

After Mr. Hicks’s presentation to students, he stayed and listened to some of their ideas for a new memorial. Soon after, with their guests’ encouragement, Dodgen students combined ideas and wrote two letters to the Marshall president requesting a new memorial.

Throughout the COVID shutdown, Mr. Hicks continued to pursue the students’ ideas, met with designers, and secured funding for a new memorial. The new memorial, including two bronze plaques, was unveiled in September on the 50th anniversary of the Young Thundering Herd and Marshall football’s first home victory after the crash. One of the memorial plaques will be placed in the Marshall football locker room, showing present and future players the legacy of Marshall’s rebuilding team. The other will be placed on the Marshall campus to remind the community of the team’s legacy.

Dodgen teacher, Kari Viland, attended the ceremony to record a video to share it with the students—now Cobb Schools freshmen—who were so instrumental in getting the memorial established.

"I am so very proud of our Dodgen students and their talented teachers for using the power of argumentative writing in such a positive and inspiring way! We are thrilled to know the work of our Dodgen teachers and students will have a lasting impact beyond the classroom that will now forever be part of the Marshall University story," said Dr. Patricia Alford, Dodgen principal. 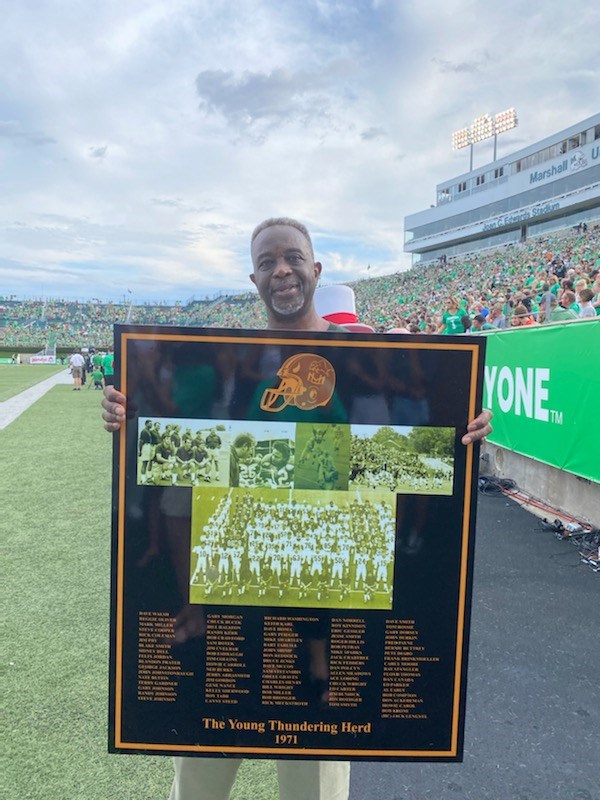