U.S. Representative Barry Loudermilk recently visited Osborne High School to learn about the students participating in the Stock Market Game and stayed to offer the students advice and take their questions. The students were members of Osborne’s Future Business Leaders of America (FBLA). 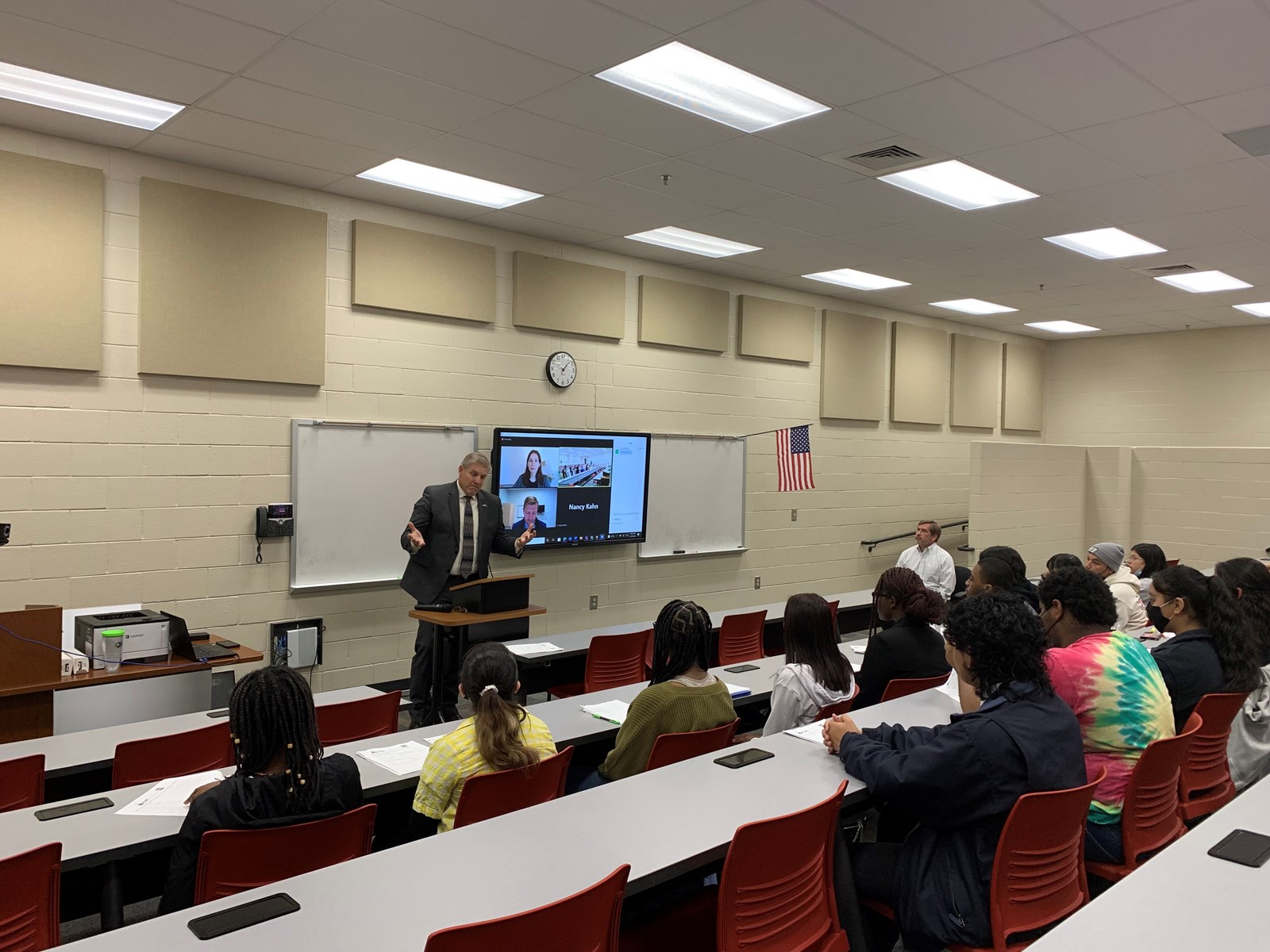 Through the Stock Market Game, SIFMA Foundation seeks to help students foster knowledge and understanding of the financial markets. For the challenge, the Osborne students worked collaboratively to determine where they wanted to invest $100,000. The students researched companies and developed a better understanding of how the stock market operates.

The Osborne students asked Rep. Loudermilk a range of questions, including why he chooses to buy specific stocks. He told the high schooler that he chooses stocks based on topics that interest him and that he understands. 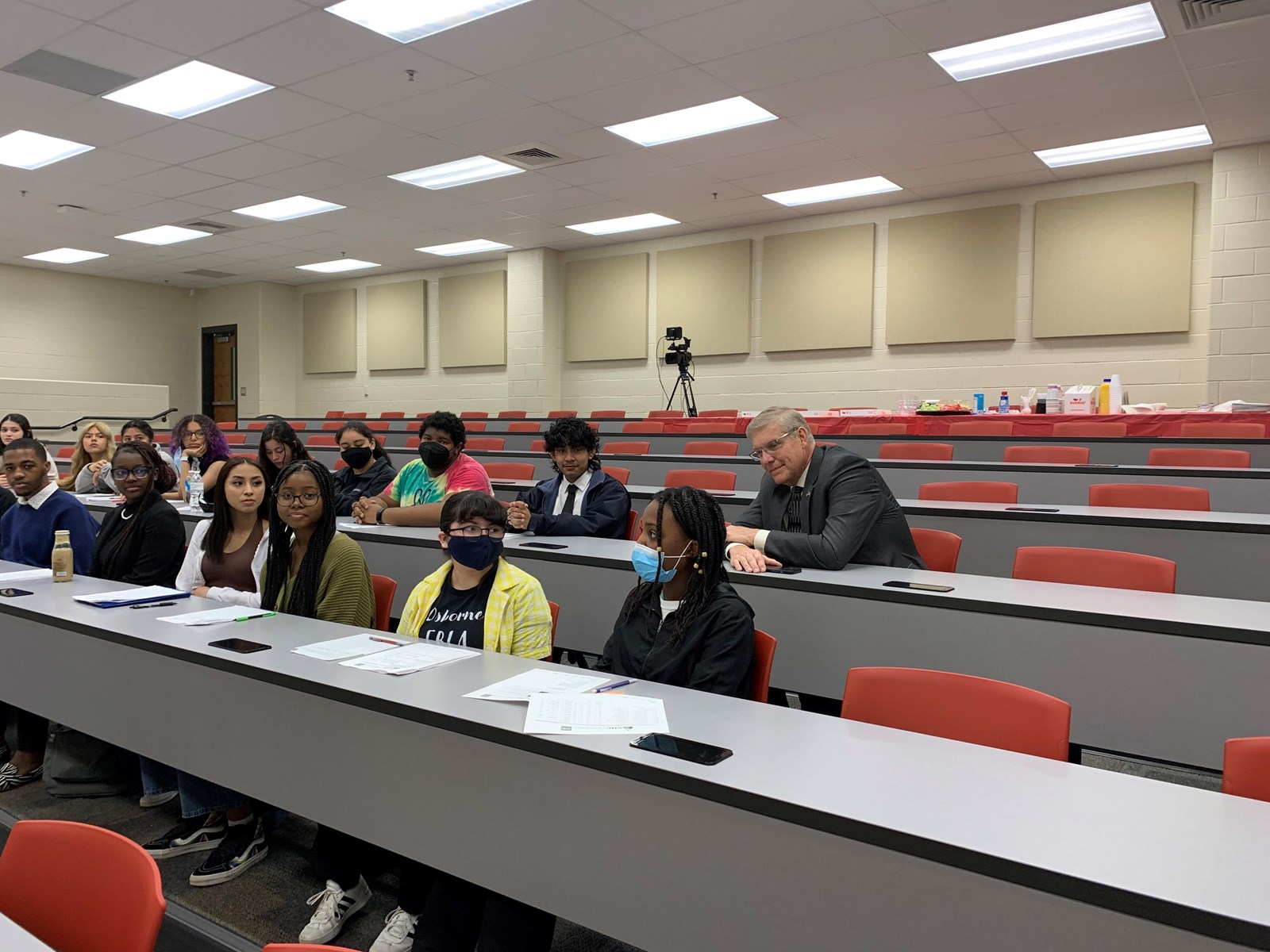 Another student tried to solicit advice for someone, like the students in the room, who wanted to start putting money in the stock market to make money.

Rep. Loudermilk first advised the students to talk to a professional but encouraged them to look at things that will grow long term versus short term and to research companies that are fiscally responsible.

To inspire the students to start saving now, the former businessman shared his personal story and the financial lessons he learned in his early adult life. At age 17, he worked two jobs while living in Alaska but had not yet to learned how to save money. Even when he later joined the Air Force, he still had not yet learned how to budget appropriately and save money to plan for the future.

“This is something that I think is extremely important that you learn now. I learned a little later in life—the value of money but also the value of a free-market economy, which means the sky is the limit for what you want to do,” revealed Rep. Loudermilk. “We have so many rags to riches stories in this nation; it is unbelievable. People who grew up in the poorest of conditions now are owners of big businesses that they built from scratch.”

The visit from the congressman briefly turned into a history lesson as he talked to the students about the Preamble to the Constitution and how it impacts each student in the room today.

“In the founding of our nation, our founders identified that there are certain rights that every 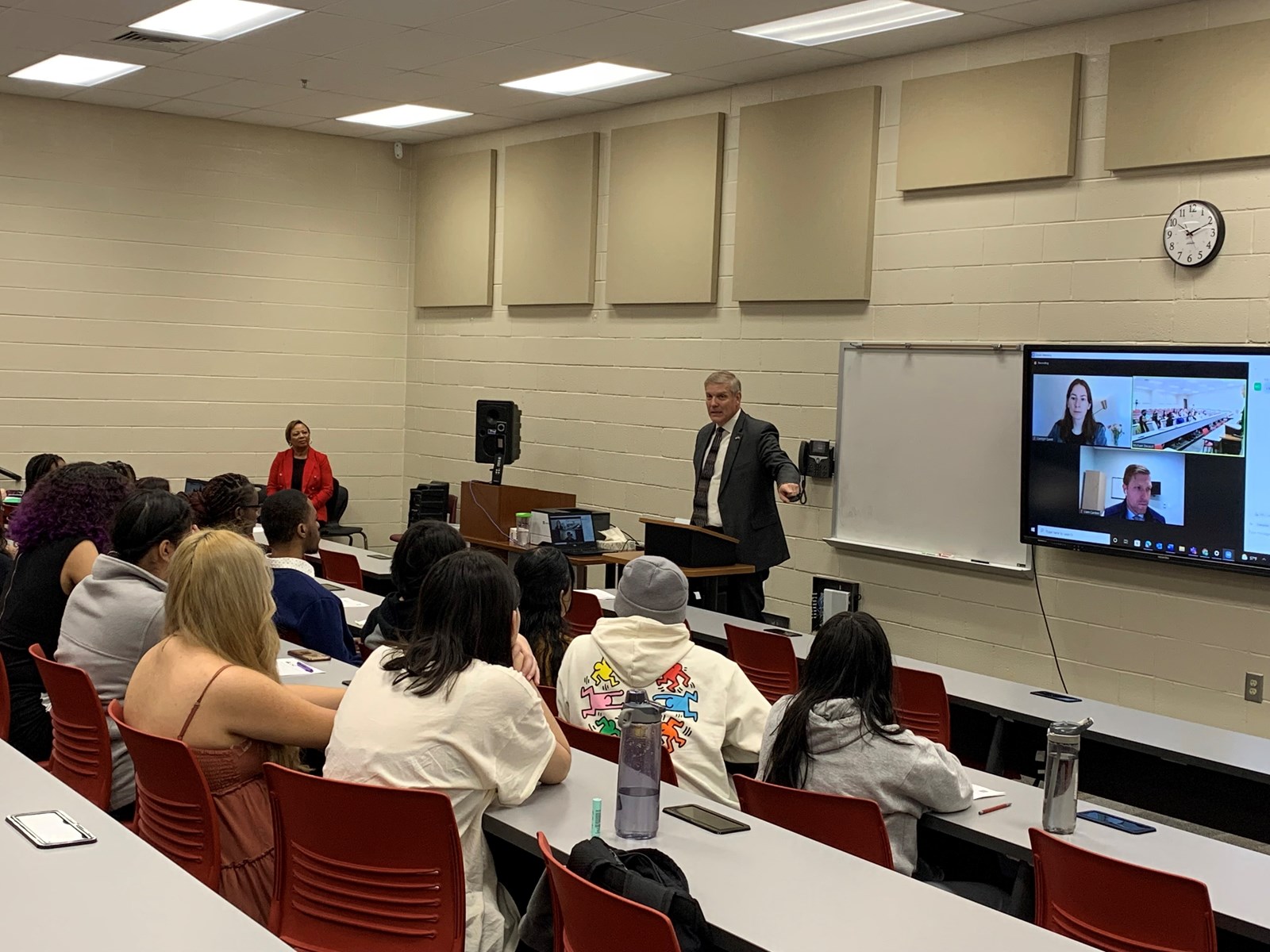 The Osborne guest speaker went on to tell the students that what they are doing in class as potential business leaders is engaging in free-market commerce.

“A commerce system that really makes this nation strong is the ability for individuals to build a strong economy. It isn’t the government that builds the economy,” he added. 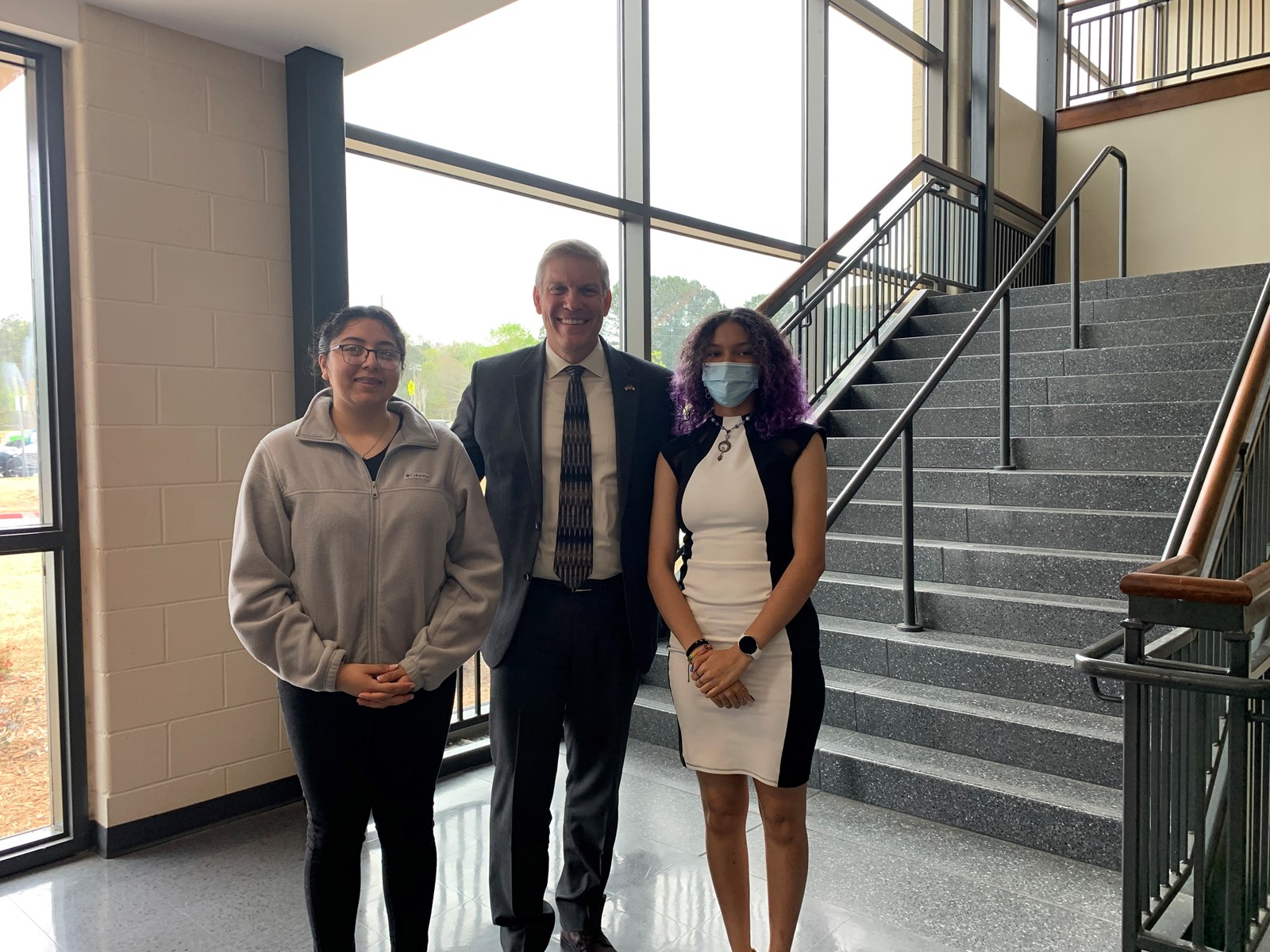 After chatting with the congressman from Georgia, the Osborne students were quick to take selfies with their guest speaker.

“Not only do you have the potential, but I believe many of you are going to be the business leaders in the future,” Rep. Loudermilk told the Osborne students.

“The students enjoyed the visit, especially the path that led Rep. Loudermilk to his position today. His personal experiences as a teen and young adult really resonated with them,” said Michael Devault, Osborne Department Chair for Career, Technical, and Agricultural Education (CTAE).