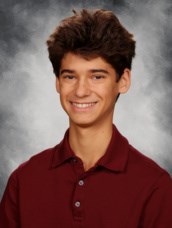 The 2022 offseason has seen many players moving teams, and the biggest move for the Atlanta Falcons was moving on from long tenured quarterback Matt Ryan. Matt Ryan was traded to the Indianapolis Colts in exchange for a third-round pick in the upcoming draft.

The trading of Matt Ryan to the Colts marks the end of an era in Atlanta Falcons’ history. Ryan made an impact since he first stepped on the field, and he was the leader of the Falcons for the fourteen years he was on the team.

Moving on from your quarterback of fourteen years is no easy task, and the Falcons must now go through the process of finding Ryan’s replacement.

Realizing that there were no quarterbacks worth trading for, the Falcons looked at free agent Marcus Mariota. The Falcons gave Mariota a two-year deal, with hopes that he can return to his past glory reuniting with Arthur Smith, who was Mariota’s offensive coordinator while he was with the Tennessee Titans. Mariota has been a backup for the Las Vegas Raiders for the past two years, and this is his first starting job since he was with the Titans.

It looks like Mariota will be the Falcons’ starter for the 2022 season, but that could be subject to change following the draft. The Falcons currently have the eighth overall pick, and with the quarterback class not being as strong as those in previous years, most, if not all, of the quarterbacks should be available at their selection.

While this would most likely solve the problem at the receiver position amidst the Calvin Ridley drama, it does not address the larger need for a new franchise quarterback.

If the Falcons do decide to use their first-round pick on a quarterback, the prospect who seems to have risen above the rest is Liberty’s Malik Willis. Kyle Crabbs, founder and director of scouting for The Draft Network, praises Willis as “the most physically gifted quarterback prospect in the 2022 NFL Draft, bar none.”

The Falcons have hosted visits with quarterbacks Malik Willis, Kenny Pickett, Matt Corral, and Sam Howel, so they have been doing their fair share of evaluations on the 2022 quarterback class.

Something that the Falcons must look out for when looking at quarterbacks in the draft are their division rivals, the Panthers and the Saints.

The Panthers currently hold the sixth overall pick and have had quarterback problems of their own. Sam Darnold did not live up to expectations in his first year in Carolina, and there is already talk about the Panthers finding his replacement. If the Panthers do take a quarterback at sixth overall, that will leave the Falcons with one less option at their pick.

The Saints could also make a move for a quarterback in the draft. With their recently acquired additional 2022 first-round pick from the Philadelphia Eagles, the Saints now have the facilities to trade up in front of the Falcons. This would allow them to draft a quarterback, and in doing so, remove another option for the Falcons.

The search for a franchise quarterback for the Falcons looks to be as tough as it gets and almost impossible to predict: will the Falcons draft a quarterback, or will they use their draft capital to fill other holes and surround Marcus Mariota with talent?