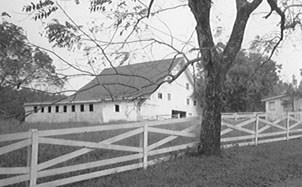 Two hundred years ago, Sweet Water Town and Nickajack were the names of two Native American Indian villages located near the present sight of central Mableton. Sweet Water Town was on a high hill on the east side of Sweetwater Creek, near the junction of Old Alabama Road and Maxham Road. The wigwam of Indian Chief Nickajack was located at a locust tree near where Nickajack Road crosses the Southern Railway.

The Cherokee Indians and the Creek Indians both claimed south Cobb County, but they did not fight over these lands because the lands were so swampy along Sweetwater Creek and Nickajack Creek.

Most white men began arriving in the Mableton area late in 1832 and early in 1833. They came to become land owners. The State of Georgia awarded land to its citizens in 40-acre Land Lots by the lottery. This became known as the Gold Land Lottery. Title for a 40-acre lot was given after payment of a ten dollar title fee. 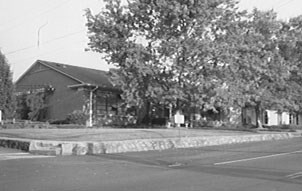 The first school in Mableton was a private school known as Mable School, because it was established by Robert Mable, a pioneer citizen of Cobb County. It was located in a two-room log cabin in front of the Mable House on Floyd Road.

Later, another private school, called the Fairview School, was built near the present site of the South Cobb Library on Mableton Parkway. This continued in operation until after the Mableton School was established early in the 1880s.

In 1881, Mableton School was located under a brush arbor at the corner of Church and Center Streets. Books for the school had to be purchased by parents. Those who could afford tuition paid ten cents a week. Classes were held for two months in the summer and six months during the fall and winter so that children could help plant and harvest crops.

The first Mableton Public School opened in 1883 in a building owned by the Glore family.

In 1928, a new Mableton High School was constructed at the site of the present Mableton School. It was occupied for twenty years until midnight on October 6, 1948. Downtown Mableton residents were aroused from their sleep to watch in horror as their high school building burned to the ground, with no fire department to extinguish the blaze.

In August 2012, Mableton Elementary and Sky View Elementary combined and opened in a brand new, state of the art building. It now holds over 1,000 students.

Special thanks to Jean Burgess, Romanda Lee, and Bobbie McDonald for providing the above historical information.