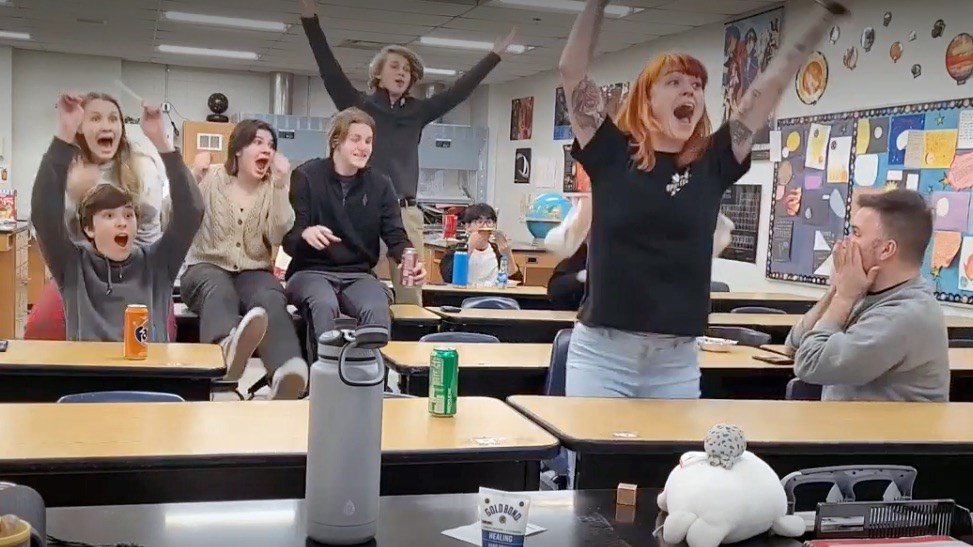 The Plant Mars Challenge is an international competition sponsored by NASA to test the limits of what is possible in a broad range of scientific disciplines. Teams from across the world endeavor to grow plants in simulated Martian soil to see who can grow the best crops.

Each student team receives a soil simulant package from the University of Central Florida's CLASS Exolith Laboratory. Teams define their own experiment parameters, such as the structure of the plant growth setup, the amount of water used, and nutrients or fertilizer added to the regolith (top layer) simulant to help support plant growth.

Sprayberry High School's STEM Academy students have been participating in the Plant Mars Challenge for the last two years. During that time, they have been experimenting with simulated Martian soil to grow crops. This year they used second-generation seeds collected from plants they grew last year in their simulated Martian soil.

They were helped in their research and experimentation by a $10,000 grant from Cobb Tank won in November. Team Sprayberry used a novel method of generational crop growth, where beans grown in Mars soil were harvested, and those seeds were used to grow a second generation of crops.

With this longitudinal design, Team Sprayberry WON the Most Innovative Experimental Design!

"This is an incredible honor and a testament to the astounding achievements being made every day at Sprayberry High School," said happy Principal Sara Fetterman. "We are unbelievably proud of our students and the staff who have worked so diligently with our team."

"This project is just incredible," said Cobb's Supervisor of STEM and Innovation, Dr. Sally Creel. "Space exploration is part of the very real future for our students. It is so exciting to see Sprayberry students designing experiments that can lead to improved farming practices to be used in outer space in the future. Sprayberry is modeling the meaningful STEM learning we are cultivating across Cobb Schools."

Congratulations to STEM Team Sprayberry and Principal Fetterman for this prestigious award! We can be assured that teams from all over the world will be watching Cobb Schools and the brilliant team of young scientists at Sprayberry next time around!