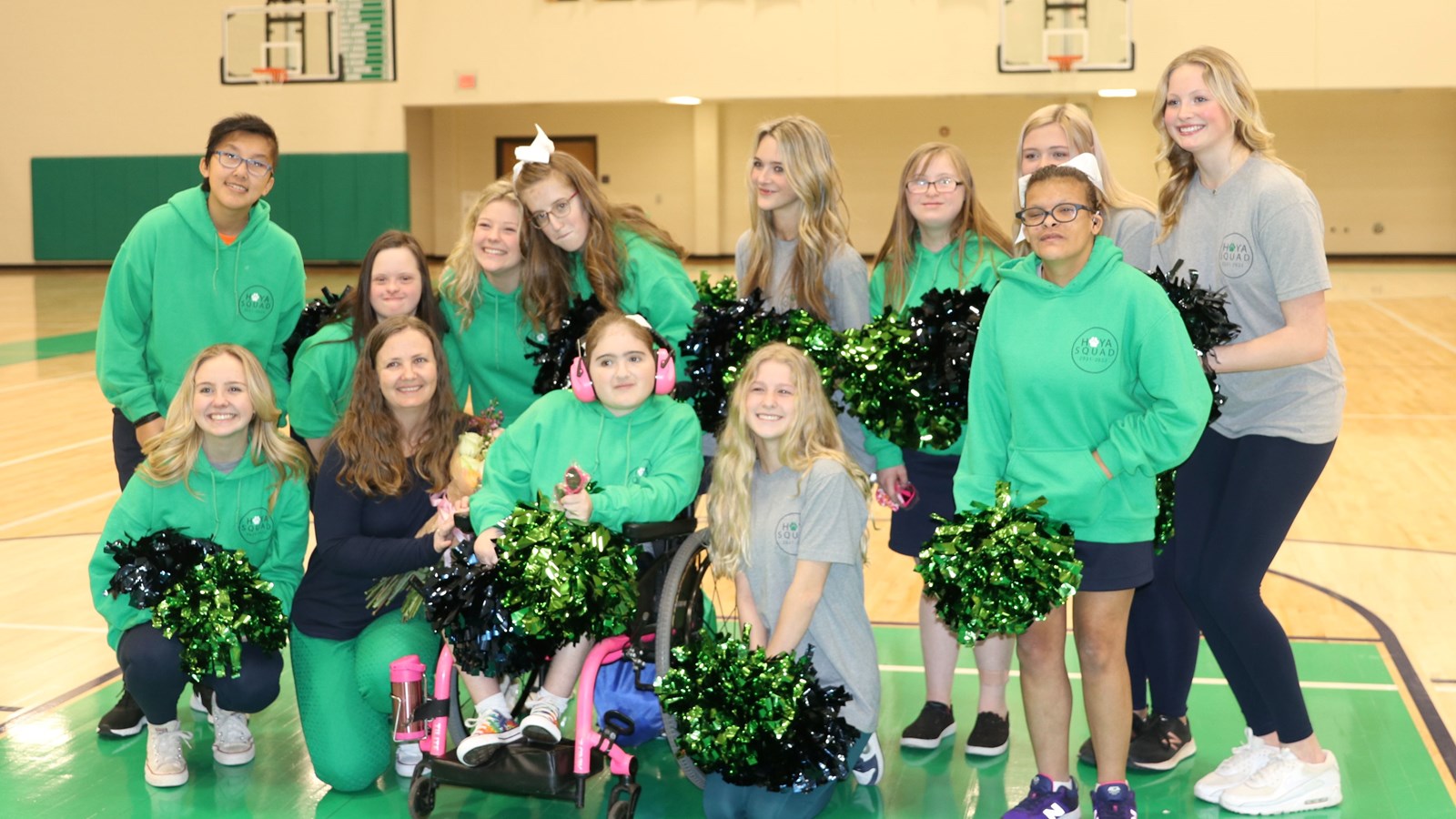 Fans at Harrison High School’s basketball games may have seen some new stars on the court this season, beyond just the Lady Hoyas, who tip-off in Saturday’s state basketball finals. These exceptional Harrison stars have won the hearts of their teachers, community, and fellow cheerleaders.

They are the Hoya Squad. The inclusive cheer team blends members of Harrison’s main cheer squad with cheerleaders who have special needs. The Hoya Squad just formed this school year and sprung from the hearts of two Harrison cheerleaders.

Sophomores Lily and Quinn saw Hillgrove High School’s inclusive cheer team, the Crimson Pride, at a competition and started planning how to create the same opportunity for Harrison students.

“We would have time periods where we would talk with each other and just brainstorm, and we wrote down in my notebook everything that we wanted,” Quinn explained. 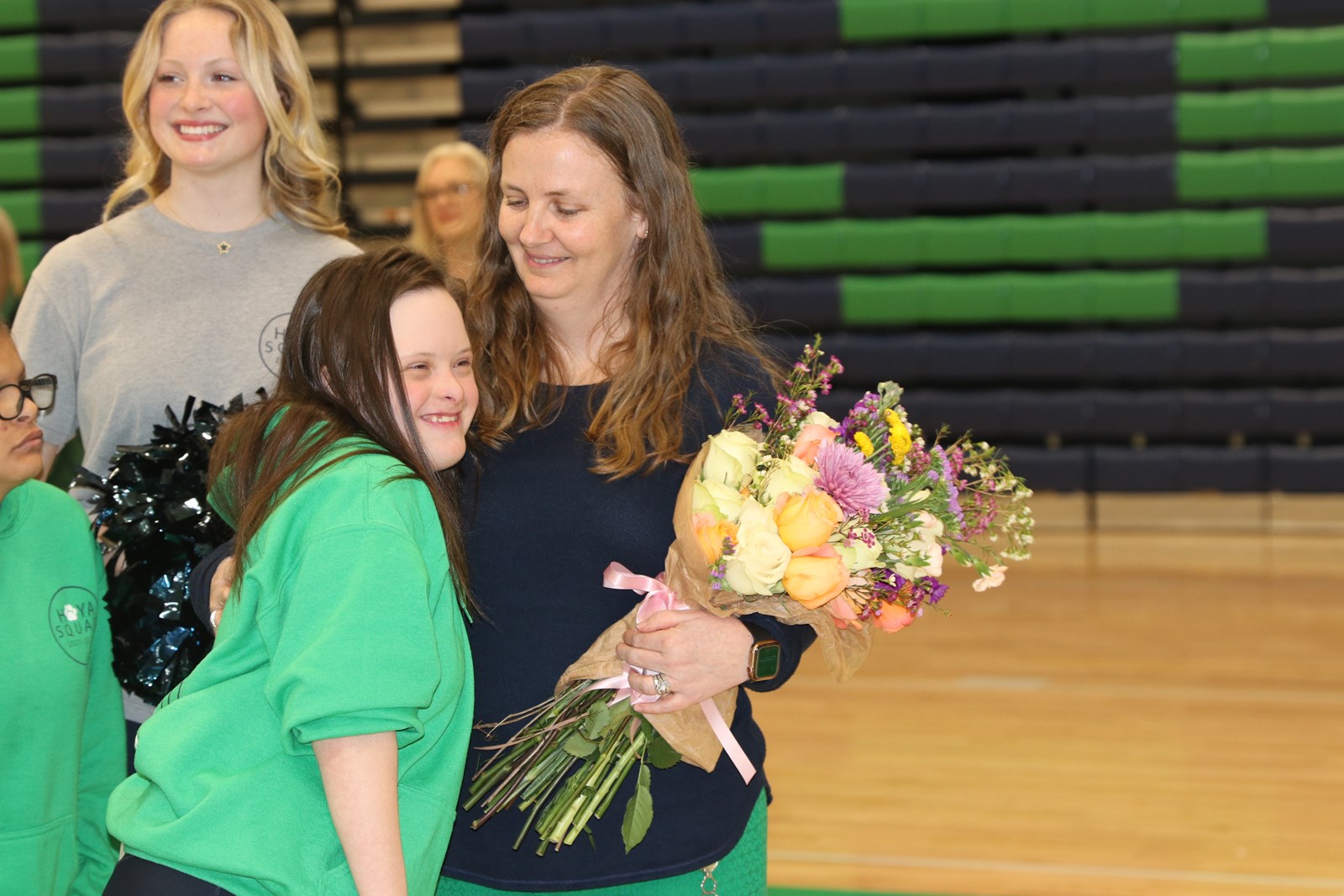 One of the first steps they took was to recruit the Harrison teacher who they knew would be perfect to sponsor the team and bring their plans to life—Melissa Churchill. As their basketball cheer coach and advisement teacher, they knew her compassion and experience working with special needs students would make her the ideal teacher to lead the squad.

“We have seen her with the other special needs kids, and we just knew immediately that she was the person that was right to help us. We knew that she would be nice and patient throughout the whole process,” Quinn noted. 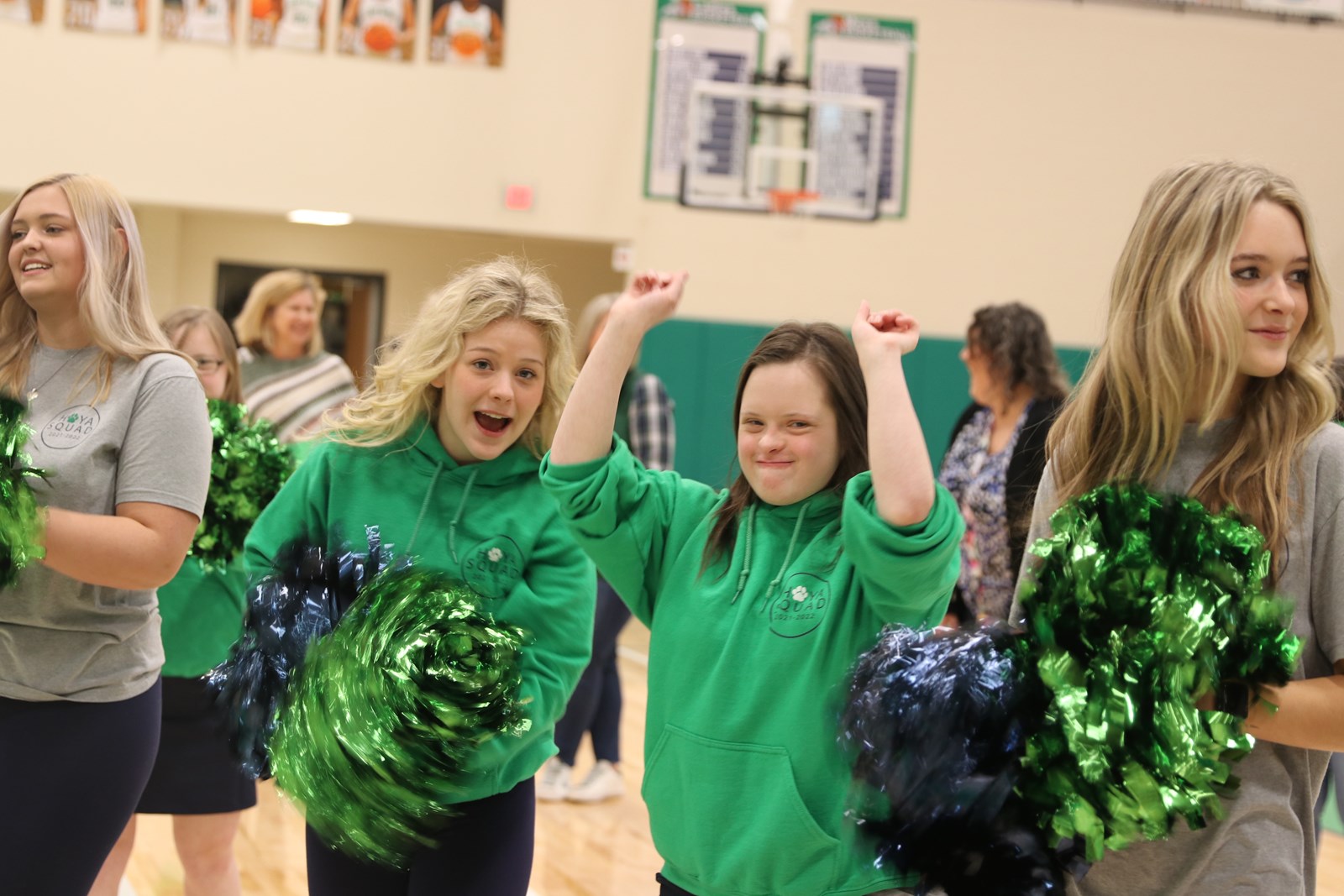 They looked to Hillgrove for tips to get started and organized a meeting so families of prospective Hoya Squad members could learn more.

The girls still smile as they look back at the first email they received about a Harrison student wanting to join the Hoya Squad.

“[Mackenzie’s] mom sent it in, and it was a picture of Mackenzie smiling in her cheer pose. Because she outgrew the age limit for that team, she no longer could cheer,” Quinn recalled. “So, her mom told us how excited and incredible the opportunity was that she could do it again because she does love to cheer!” 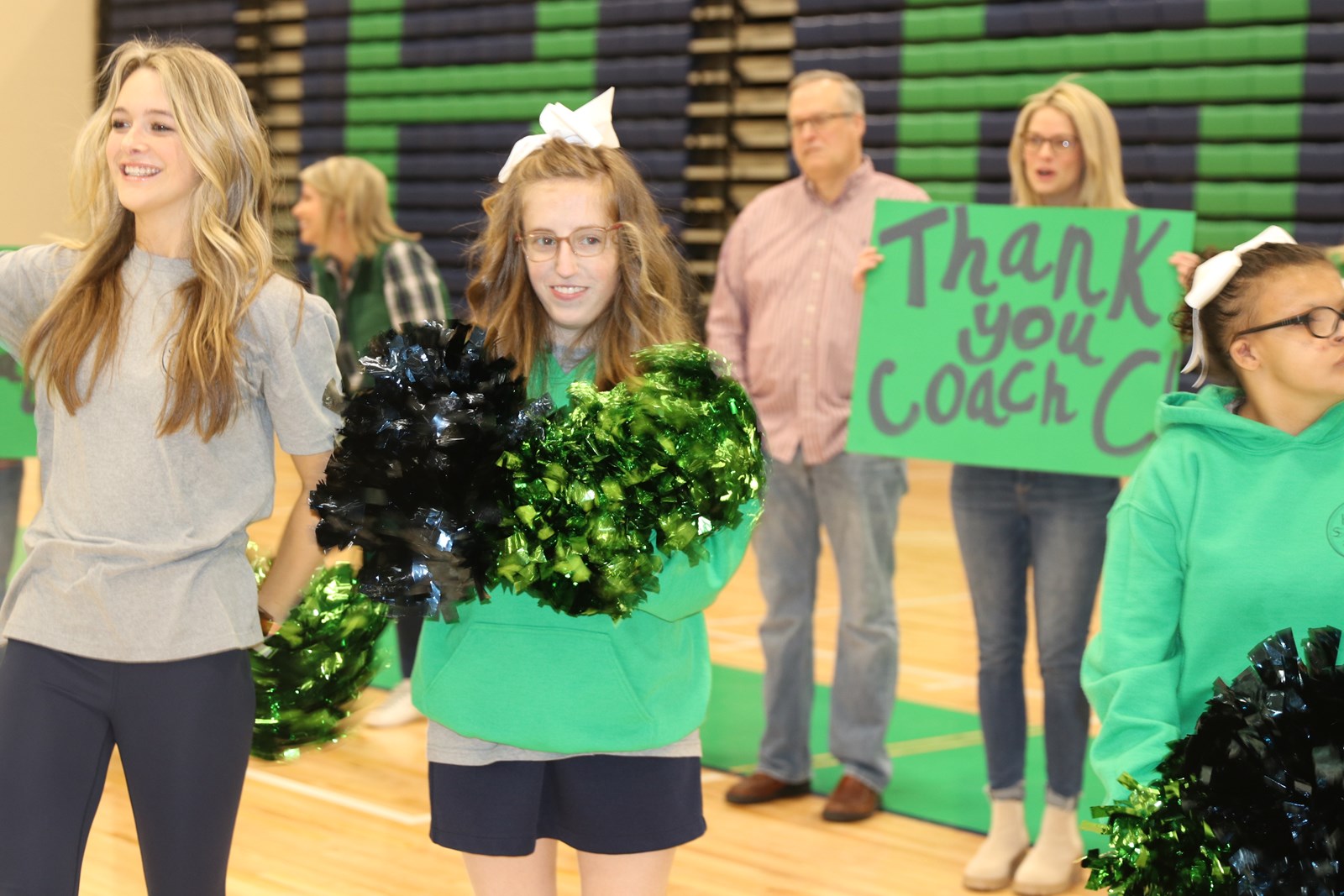 Thanks to the Hoya Squad, Mackenzie is a cheerleader again. Mackenzie sparkled on the court, pom-poms in hand, as she recently celebrated her cheer coach Ms. Churchill who was recognized by a local media outlet and the community for work with the Hoya Squad.

Watching their children cheer with the Hoya Squad has warmed the hearts of the Harrison parents.

“It has been wonderful for my daughter, Laney. To have something special for her to be a part of and to get to stay after school and have some parties and just to go down the hall and kids know who she is, it's just really made her feel a part of something special,” revealed Harrison parent Kim Barfield.

Laney’s mom praised Ms. Churchill for everything she has done to make the Hoya Squad 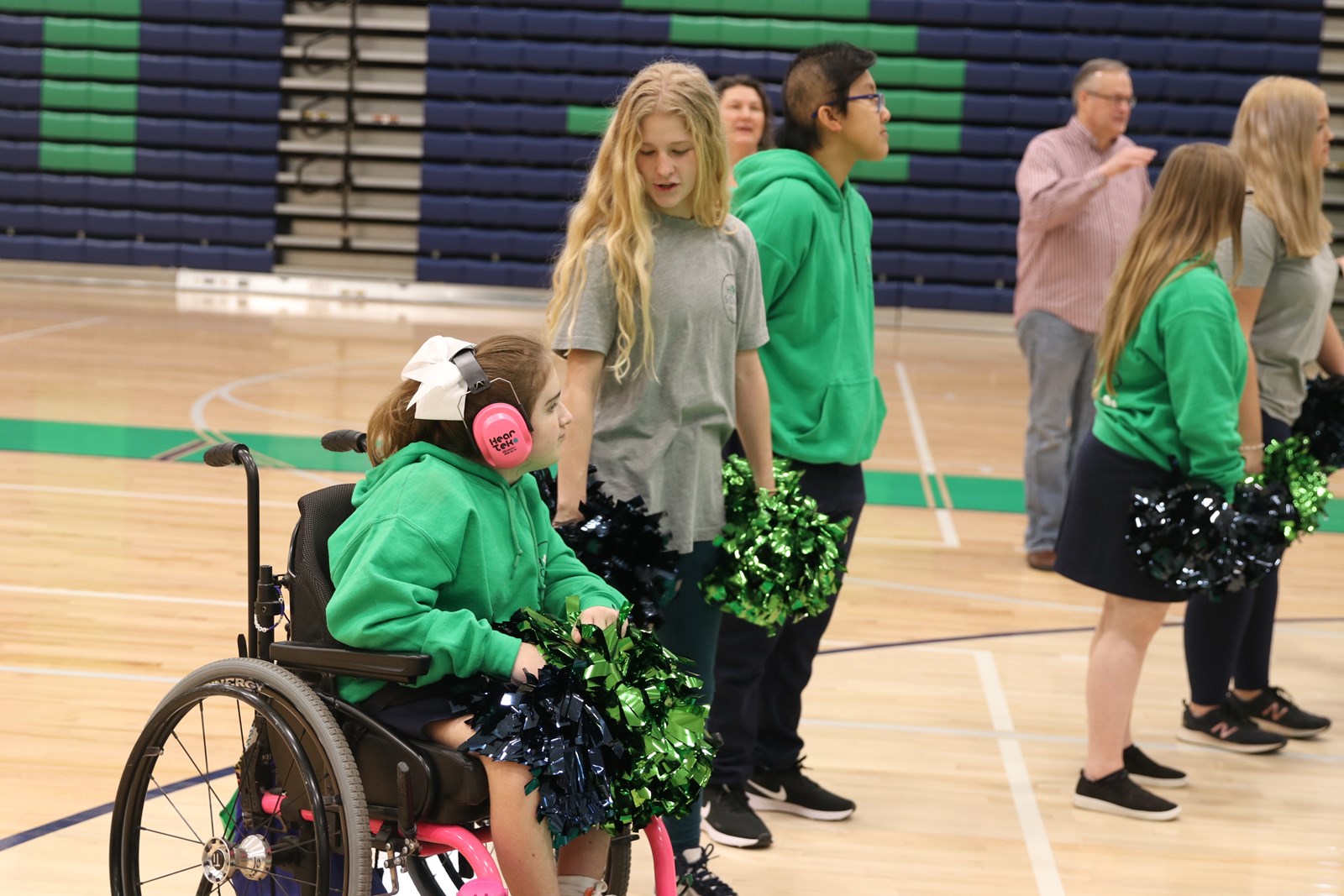 experiences handicap accessible and inclusive. For example, several cheerleaders sit on the floor next to her daughter, so Laney doesn’t feel separated when the other cheerleaders sit in the bleachers.

“She goes above and beyond, not only with the special needs, but also the physical needs to make sure Laney can participate in everything and be part of things,” Ms. Barfield said.

According to her mom, the Hoya Squad is an important part of Laney’s life, and she looks forward to 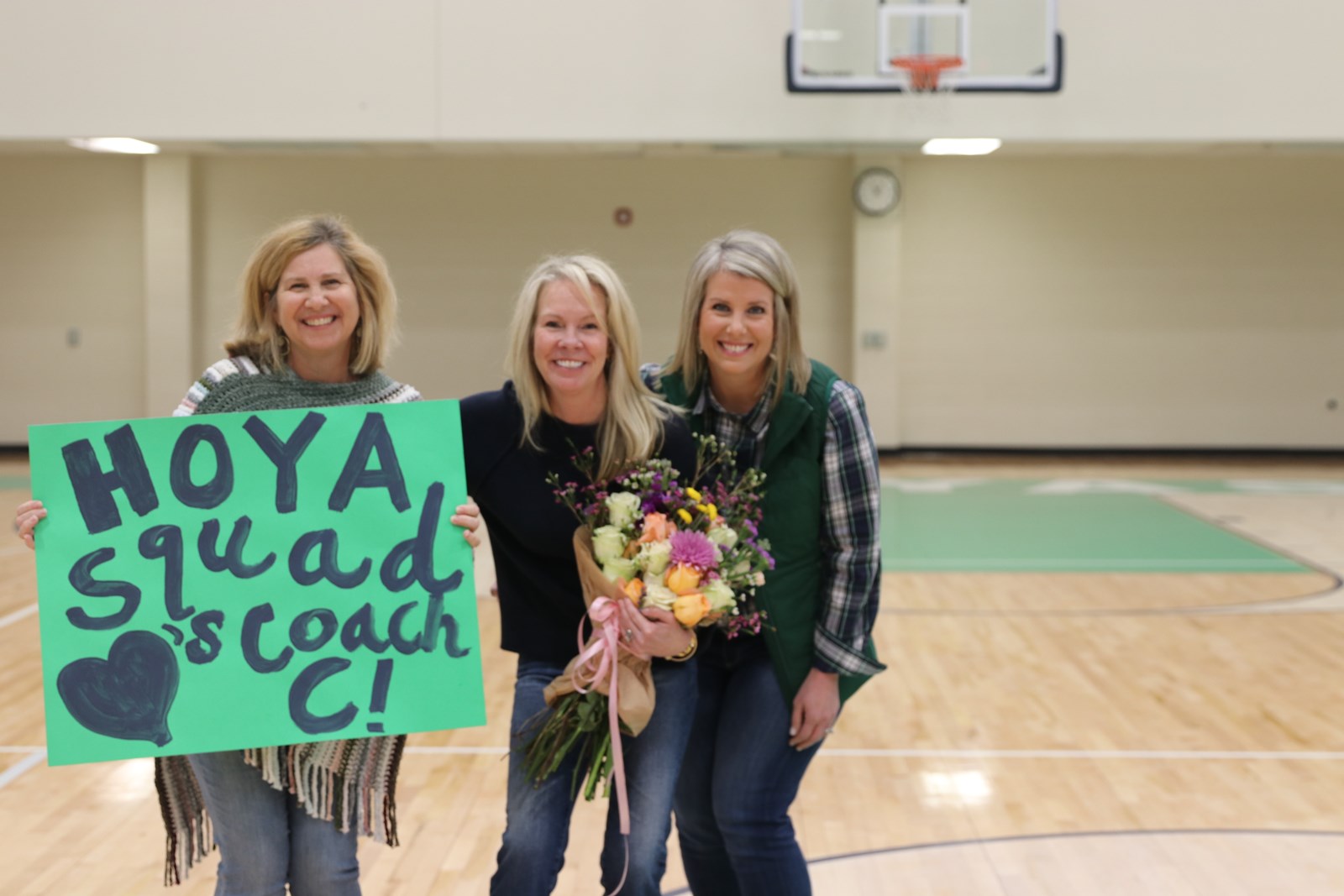 when she can see the squad, even waiting by the window at her house when she knows her buddies are coming over.

“She talks about the whole squad all the time. When you have special needs, it can be kind of isolating because your life's just different. You can't just go participate in things that a lot of the other kids can do. So, the [Hoya Squad has] just been a part where she has her own activity. Her buddy has been so great for her,” Laney’s mom added.

“They picked their buddies at the beginning, and they are now best friends. I love seeing them together,” Ms. Churchill said. 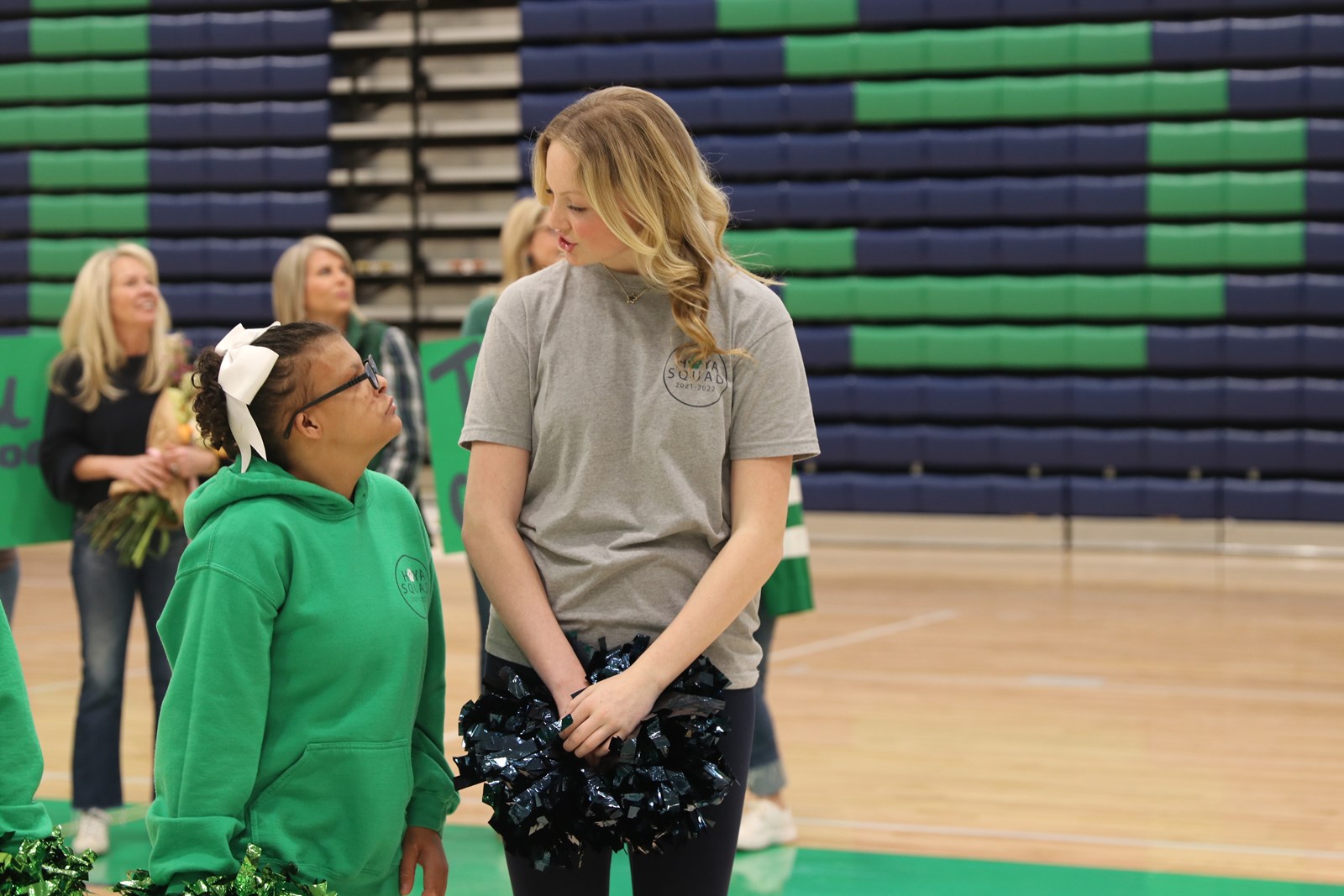 Watching the girls cheer in front of all the fans and fellow students and hearing their names announced over the loudspeaker hasn’t been just a life-changing experience for their parents or the cheerleaders who helped kick off the program.

“They've really changed my heart,” Ms. Churchill declared. “They have just cheered their hearts out, and it's just been so amazing watching the student body give [the Hoya Squad] accolades and tell them how good they did. They're just excited to be a part of the community.”

The Harrison cheer coach also praised the cheerleaders who jumped at the chance to serve as buddies to the members of the Hoya Squad. 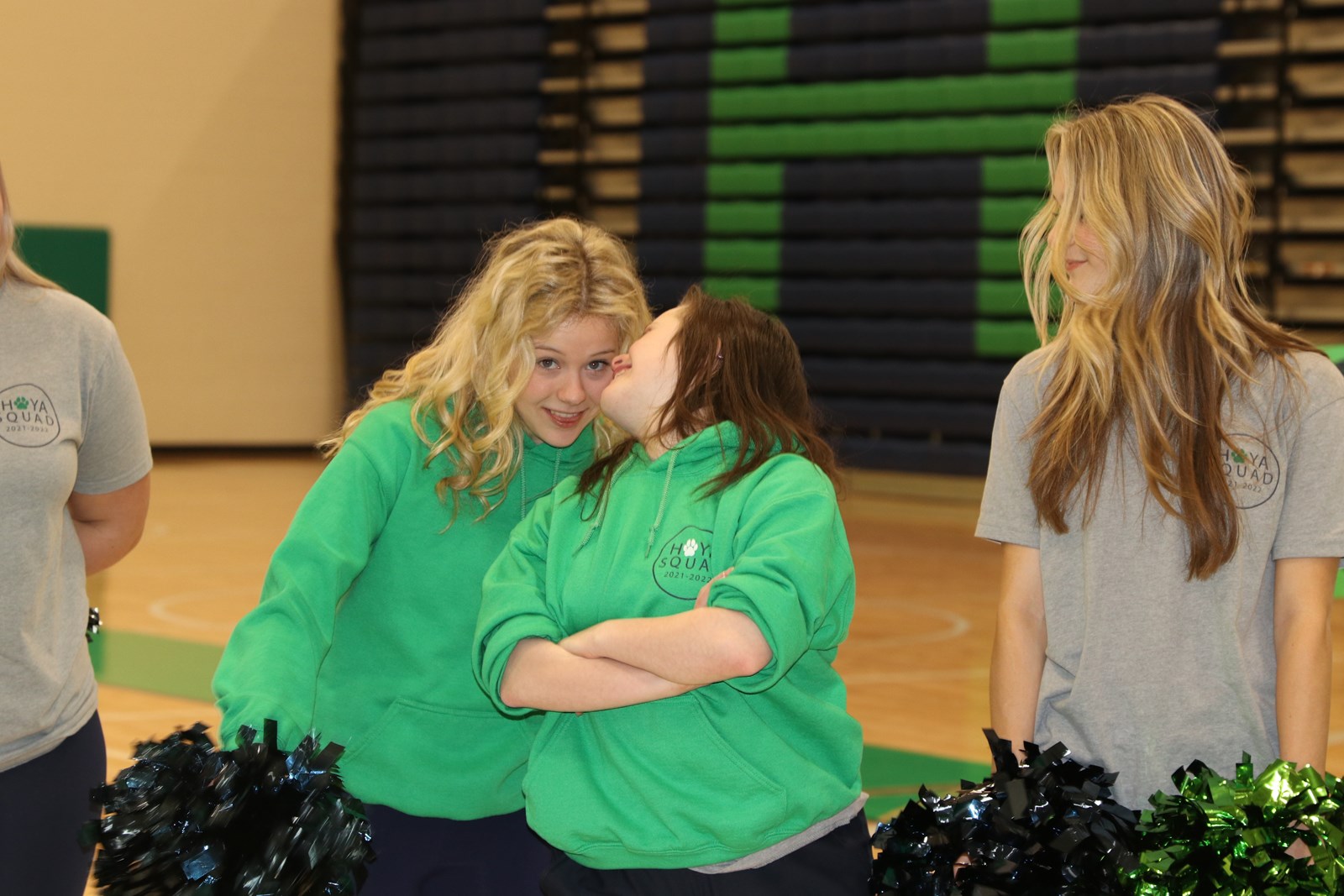 “These girls, they've included the other girls that haven't been able to be a part of the high school community in terms of sports and cheerleading, and it's just been awesome to watch them include the others that do have some type of disability and make them feel that they are a part of the Hoya community,” applauded Ms. Churchhill.

The cheerleaders and their coach have plans to expand the Hoya Squad, so they have more opportunities to cheer on their fellow Hoyas. The cheerleaders saw the impact and success of the squad’s season and want to keep that going.

“I think the most valuable thing I've learned is that your ideas can become positive impact on other people. It was just an idea in our heads, and getting to see not only the girls have fun with their parents, [but getting] to go to an event that’s centered around them has been super positively impactful,” explained Lily. 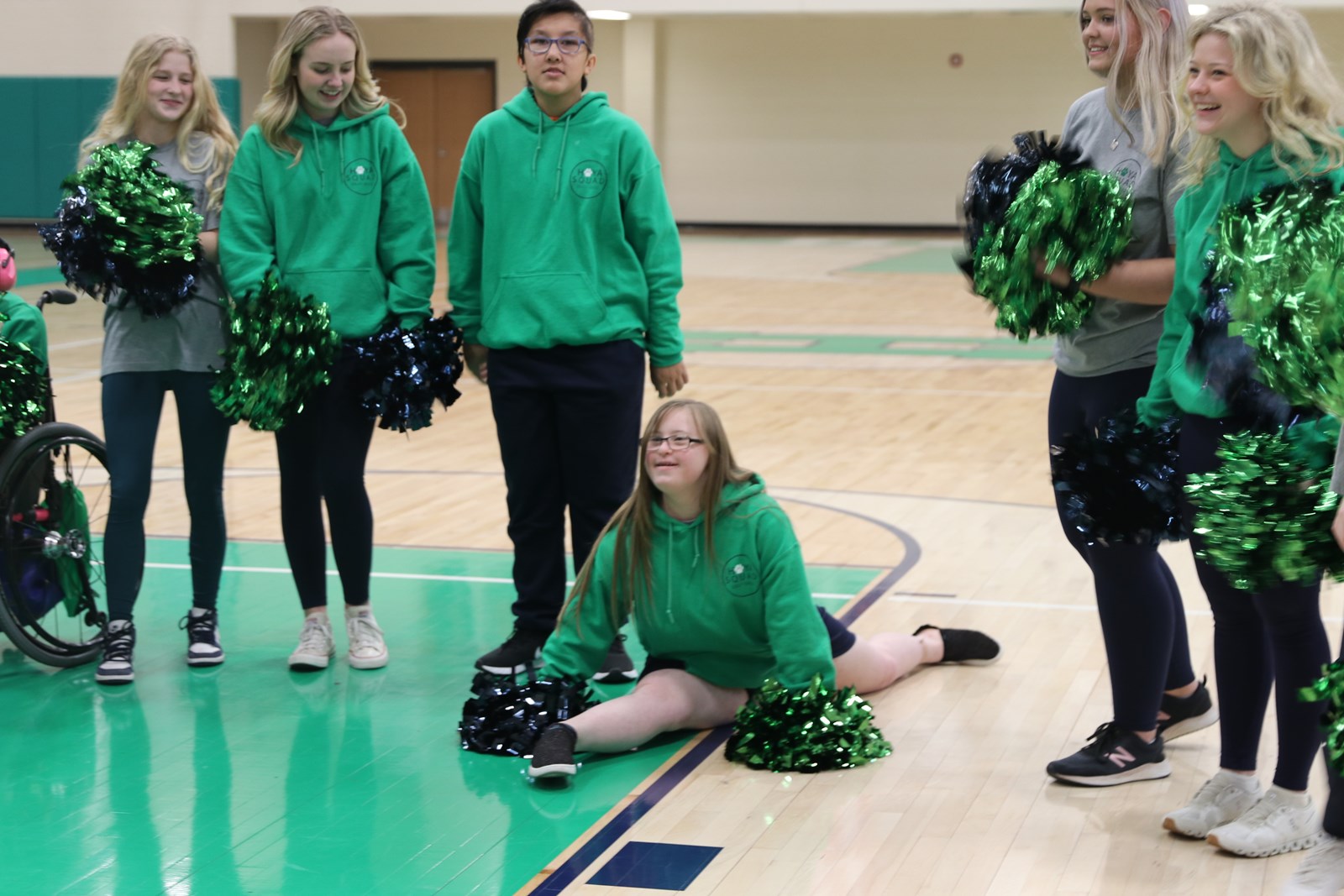 The impact of the Harrison Cheerleaders and their coach is no surprise to their principal.

“The Hoya Squad is a great example of the many good things that take place at Harrison and how our students support one another,” said Principal Ashlynn Campbell. “This also demonstrates the kind hearts of our teachers and staff. Being a Hoya means believing in something bigger than yourself, and this is the perfect example!”